Dot’s trial is underway and the Brannings head to the court to support Dot. The day starts off badly as Keeble and reluctant Stacey give evidence.

Vincent heads to the hospital. Despite Ronnie’s reluctance, the tension between the pair continues to grow however she realises she is playing with fire when she reminds him she is a married woman.

Elsewhere, Bex takes the news that Sonia and Martin are not getting back together badly and when Bex overhears Sonia telling Carol she’d like Tina to move in, she takes matters into her own hands.

Meanwhile, Shirley gives Mick a final chance to let her back into his life but when he refuses, she asks ups the price for Mick to buy her out of The Vic. 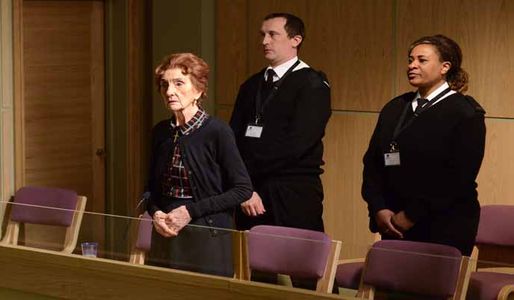