Eastenders 9/2 - A stunned Denise tries to reason with Jordan 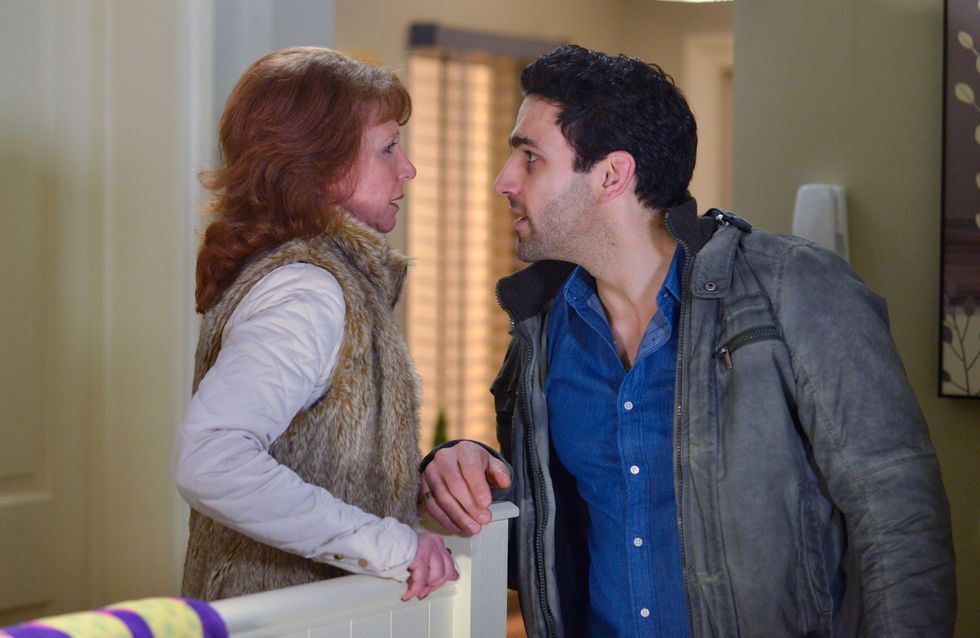 A stunned Denise tries to reason with Jordan and get to the bottom of what’s going on but they are suddenly interrupted by Kim who lashes out at him. Jordan is adamant Denise needs to keep out of his life but back at her house, Denise finally gets him to open up. It’s not long before Patrick, Kim and Vincent burst in on them and Patrick tells Jordan to go. Jordan goes and Patrick and Kim try to convince Denise it’s for the best. But before he leaves The Square, his past catches up with him and a group of men attack him.

Back over at Buster and Shirley’s, a concerned Lee and Mick are doing their best to convince Buster not to leave and try to remind him how much he has to stick around for. Shirley soon arrives but can anyone convince Buster to change his mind?

The East London Lady Publican’s event is still going strong in The Vic and a particularly rowdy punter, Thelma, corners Nancy and makes her a surprising offer, to go for a trial as an assistant manager at another pub. Abi is unwittingly avoiding Ben’s big confession by offering to help Aunt Babe with the food for the party and Babe ends up making Abi an offer.

With Kush still unhappy with his Mum’s interference he tells her he wants her to leave, breaking Carmel’s heart. At a complete loss, Carmel seeks Sonia’s help and she agrees to go and find Kush in The Albert and plead with him to go home. Back at Sonia’s flat, a drunk Kush spots Arthur and gets emotional, just as Tina goes to answer the door to Martin - is he about to tell Sonia the truth?

Elsewhere, Jay asks his new friend Linzi to go for a drink but they swap numbers instead. 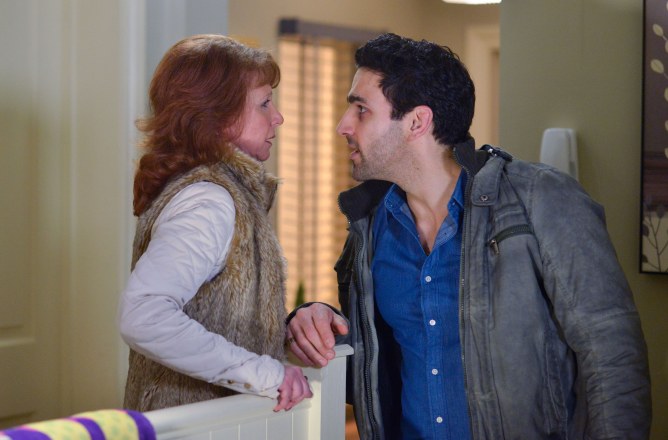