The doctor books Lisa into a clinic but it clashes with Belle’s visit. Lisa’s anxious when Belle arrives but Belle’s enjoying her visit until Lisa says she has to go to work. Desperate to see her daughter, Lisa asks Kerry to cover whilst she nips home during the day but she’s unaware Jai has spotted her leaving. Jai tells Lisa she’s fired and orders her out of the factory but as Lisa leaves, she struggles to get her breath and collapses unseen.

Alicia’s trying to fix Leyla up and sends an embarrassed David on a mission. But it works as Leyla is soon asked out for dinner. She refuses until she realises Jai’s within earshot. Will Leyla’s game playing end up in tears?

Knowing she doesn’t know Rakesh properly, Priya decides tonight's the night. Sandy suggests Edna take’s Harold’s things to the charity shop. Sandy places his hand on Edna’s, pleased they have made up. Diane starts to be intrigued by Doug.

Kerry panics to find Lisa collapsed outside the factory. Meanwhile, Zak tries to stall the security officers knowing Lisa will never forgive herself if Belle leaves without saying goodbye. Kerry arrives and tells them Lisa has collapsed; leaving Belle distraught to be returning to the centre knowing her mum’s life could be in danger. Later, at the hospital, Zak fears the worst and hates Jai for having put his wife through such stress. Will Lisa pull through?

Priya’s romantic plans go pear shaped when she arranges a surprise night in for Rakesh. It gives Priya doubts over marrying someone she barely knows and later she feels completely rejected by him. Is Priya making a huge mistake marrying Rakesh?

Diane has a flash of jealousy when Alicia and Victoria discuss Doug’s date. Doug finishes his meeting with Sasha, having been made a tempting offer. Victoria thinks Diane is interested in Doug, who’s quick to deny but does she want more than just friendship from Doug? 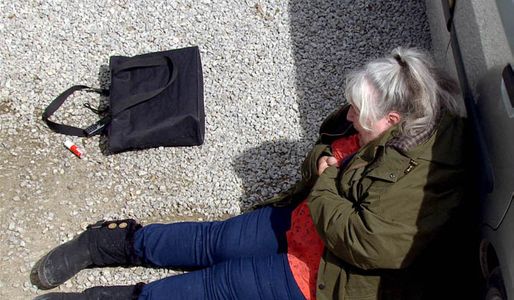