Priya's lost her appetite over being stressed about the wedding. Leyla’s disturbed Priya is in the bathroom and twigs what’s wrong when she locates the toast Priya has hidden in the wardrobe and tells Rakesh. Priya’s left humiliated when Rakesh tries to talk to her through the locked door. She allows him in but an ashamed Priya gives into her tears and admits she's worried she can't promise she'll ever love him back. Meanwhile, at Home Farm, the weddings guests are waiting and Leyla, Rishi and Georgia hurry in, trying to act normal. Priya's confused as Rakesh suggests they call off the wedding but she tries to convince herself they should go ahead and get married. They finally arrive at Home Farm, but will this be the wedding of Priya’s dreams?

Charity is told the police have scaled back their search, as there is no sign of Declan. Megan's distraught they have stopped looking as she is convinced Declan's not dead and coming for her. Sam's worried sick about where Charity is as he tells Zak she's nowhere to be seen. Meanwhile, Charity's alone in the woods, facing up to her fears as she realises there is no one there. Meanwhile, Megan battles with her grief as she watches a digger excavate Robbie's grave.

Nicola’s taken aback when Juliette appears at the house, wanting to collect the papers. Nicola's put out Jimmy has not signed them yet and is choked as she realises he's having second thoughts over the baby. Jimmy signs the papers but suddenly Juliette goes into labour in their house. How will Nicola deal with it? 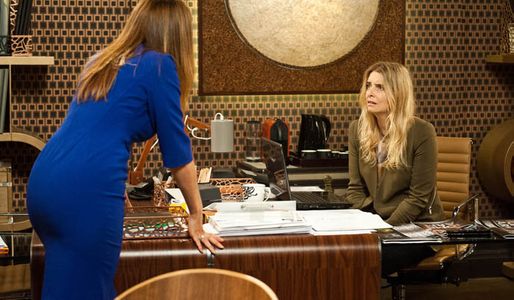