Hollyoaks 15/12 - The Mitchells Get Some Life-Changing News...

The Mitchells receive some news that could change everything…

At home, the Mitchells get a shock when a Police Public Protection Officer arrives to check on Jay’s living conditions. Upon learning he shares a house with Louise, the officer demands that he finds an alternative place to stay until it is investigated but Phil puts his foot down and refuses to be told what to do.

Disaster strikes for Billy and Honey when their flat is burgled and the wedding fund and Janet’sChristmas present are stolen. Despite the bad news, Billy reminds Honey things could have beenworse but he is forced to reveal they’re not insured. Later on, Billy makes a touching gesture

Linda is knocked back by the burglary but after seeing Billy’s optimism, tells her family she’s not going to let what happened to them spoil her Christmas and makes plans for the grotto.​​
​ 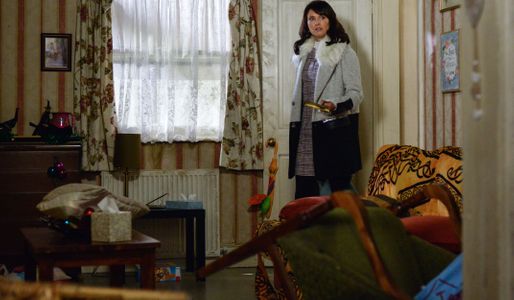 Hollyoaks 27/11 - Diane is faced with a life-changing decision

Hollyoaks 04/12 - Has Nancy made the biggest mistake of her life?