It’s the day of the children’s Nativity play and with Stacey nervous about visiting a church; Jane enlists Lauren’s help and tells Ian they’ll cover the stall so Martin can go with Stacey. At the church, Stacey has doubts going inside but is relieved when Martin shows up. Back in the Square, Abi grows concerned when she realises a lonely Dot purposely missed the Nativity play.

Meanwhile, Roxy continues to feel distant from Amy. After being given food for thought by Reverend Stevens, Roxy drops a bombshell on a stunned Ronnie. Feeling lonelier than ever, Roxy makes a drastic decision...

​​Jack’s stag do commences and a reluctant Lee joins the men on a pub crawl. Not in the mood, Lee soon escapes with Johnny. The men soon return to The Vic and Martin is fuming to learn the council have a nice Christmas Tree giving him an idea
​

​Elsewhere, Jay pulls out of his role in the Nativity play when he’s told he’ll need to kiss Louise andCarmel puts Shakil forward for the role. 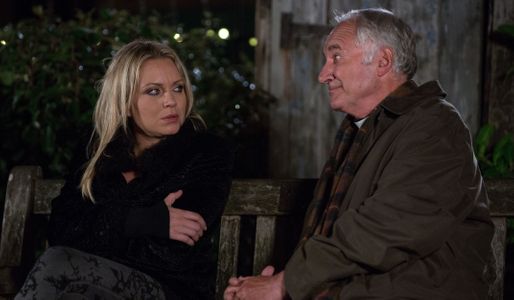