Ian puts Kathy on the spot when he told her what he saw - and Jane later talks to Kathy about the situation.

Honey turns to Roxy for help and shows her Jay's drugs to confirm her suspicions. A worried Honey tries to get hold of Billy, but bumps into Les in the Square who tells her she should speak to Pam. Despite Pam’s initial reluctance to get involved, she soon sits down with Honey and tells her that her and Billy should put on a united front. Meanwhile, a panicked Roxy rushes to find Billy and Jay to tell them what’s happened. Honey goes home to have it out with Jay. As further truths come to light, Honey comes to a shocking realisation.

The Carters arrive for dinner at Sonia’s but outside, Martin can’t help but scold Tina for leaving Sonia to manage everything by herself. Tina eventually arrives and with an uncomfortable atmosphere,they decide to move over to The Vic for a drink. In the pub, Martin tells Tina she doesn’t deserve Sonia, not when she has so much on her plate. ​Back home, Bex and Shakil get talking and Shakil drops a bombshell. Elsewhere, Les tells Pam it’s about time they started making plans for Paul's funeral​. 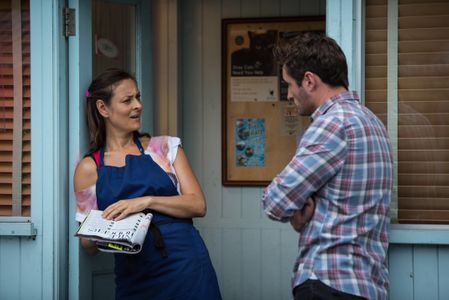