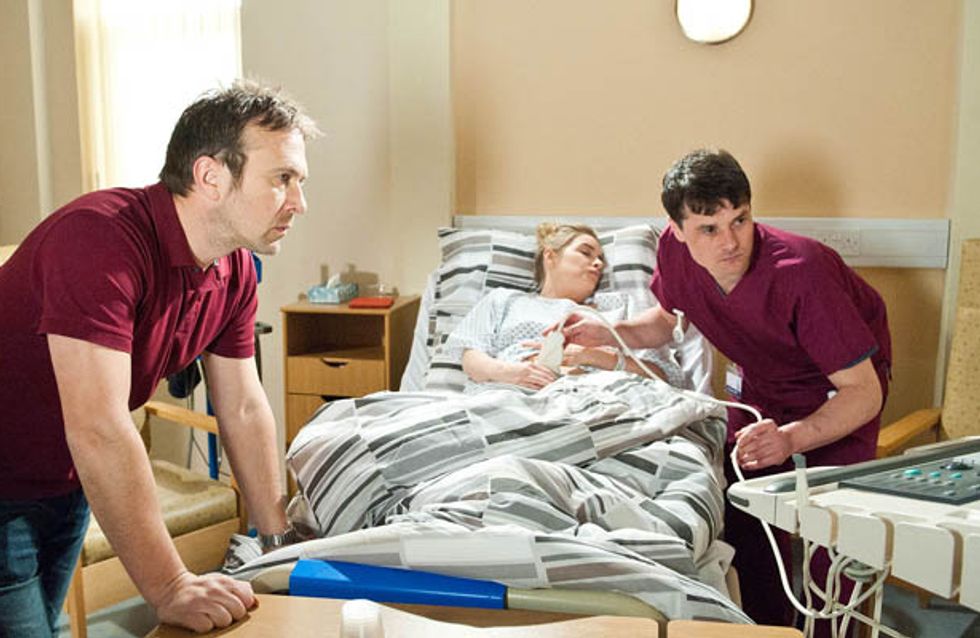 At the hospital a guilty Charity hopes her miscarriage story will ring true. When the sonographer can’t find a heartbeat Declan breaks down in distress whilst Charity wrestles her guilty conscience. Meanwhile Chas and Cain are troubled about their shared secret as news spreads about Charity having lost the baby. Megan arrives asking if she’s going to tell Declan about the fall. With Declan in such a state and Megan devastated, what will be Charity’s next move?

A cool Donna arranges to meet Ross in secret. Later, Ross casually asks Cain about Donna, hoping to ascertain if she’s crooked or straight. Cain gives his answer and Ross darkens to think he’s been right all along. Later Donna asks Ross why he didn’t show up and her cool façade crumbles as he patronises her. Donna fails to disguise her panic that time is running out for her.

David tells Alicia he’s going to pick up Priya from the hospital and later Alicia admits to Leyla she is feeling left out but Leyla isn’t sympathetic. Finn finally admits to Victoria he is seeing someone but is not ready to introduce him yet. 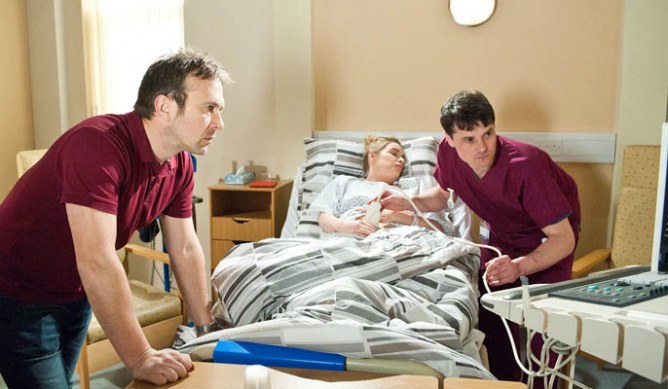