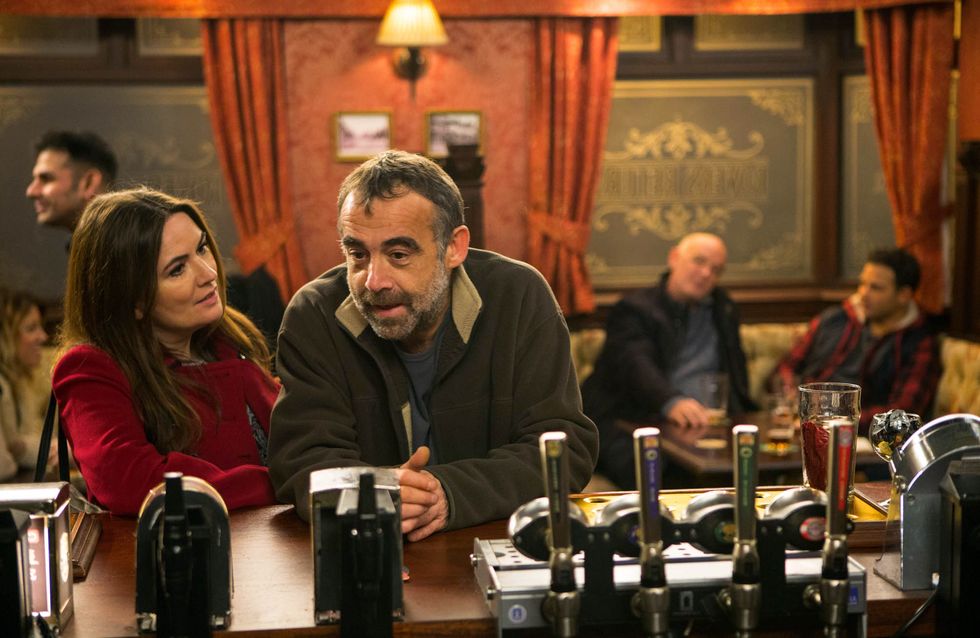 As Simon leaves for school, he tells Leanne that he doesn’t want her to watch his football match. But refusing to be put off Leanne heads to the game with Ken and Zeedan in tow. Leanne’s surprised to see Tom there (the guy who she got talking to last night) whilst Simon’s furious to see her chatting up the manager. At half time, Simon lays into Leanne for embarrassing him by flirting with Tom and bringing Ken and Zeedan with her. As the football match hots up, Simon tackles another player, bringing him down and causing him to writhe in pain as Leanne watches in horror.

Kevin’s pleased when Jason and Phelan assure him they should finish the Arches today. Anna overhears Phelan on the phone unsuccessfully touting for more work. Phelan then sneaks into the Arches and sabotages the fuse box. When Jason switches on the lights there’s a loud bang. Phelan tells Kevin they can sort it but it’ll mean another week’s work. Kevin’s grateful, while Anna tells Kevin she reckons Phelan tampered with it himself as she knows he’s short of work. Will Kevin buy this?

Eva heads into work early with some food for Marta. Marta complains that she’s cold and Eva promises to try and find her a coat. In the factory Sean shows off his new coat. However Sean’s later furious to discover his coat missing. As the factory girls argue about who could have stolen it, Marta suddenly emerges from behind some boxes wearing Sean’s coat and makes a dash for it. Everyone watches open mouthed.

With Audrey recuperating at home, David’s run off his feet at the salon. Clearly stressed, David realises with horror that he’s put the wrong dye on Beth’s hair.

Simon assures Leanne it was an accident and he didn’t mean to break Kyle’s leg. As Kyle is stretchered from the pitch, Leanne’s deeply worried. Simon remains adamant that Kyle’s injuries were an accident. When Leanne looks disbelievingly, Simon lashes out, hitting Ken’s car with his bag. But Simon later confesses to Zeedan that he hurt Kyle on purpose and he was glad to see him suffer. Zeedan shares the awful news with Leanne. Concerned that Simon is totally out of control, Leanne decides the time has come to take drastic action.

Kevin defends Phelan, convinced he would never try and rip him off. Anna heads home, furious at Kevin for taking Phelan’s side yet again. Gary warns Anna that by keeping the truth about Phelan from Kevin, she’s pushing him away. Will Anna admit he’s right?

As Eva, Sean and Sinead fuss round Izzy, she confirms that her hip was hurt as Marta barged past. Having discovered a makeshift bed, Jenny tells them that the homeless girl was obviously sleeping in the factory. In the Rovers, the factory staff discuss the plight of the homeless girl, realising that she must also be the thief. Eva admits to Aidan that she knew Marta was in the factory but she was worried for her safety as she was on the run from some people who kept her as a slave. Aidan’s shocked. Meanwhile finding Jenny alone, Johnny buys her a drink and assures her that the factory girls will come round eventually. Jenny’s glad of his company.

Dressed up and sporting her new hair do, Beth has dinner with Kirk. But halfway through the meal, her skin becomes itchy and blotchy and blaming the bistro food, Beth insists Kirk takes her to hospital. Kate confides in Caz how Johnny admitted to an affair that led to her mother’s death and that Carla is her half-sister. Caz wishes she’d been there for her but Kate assures her she’s fine and that Sophie was a tower of strength. 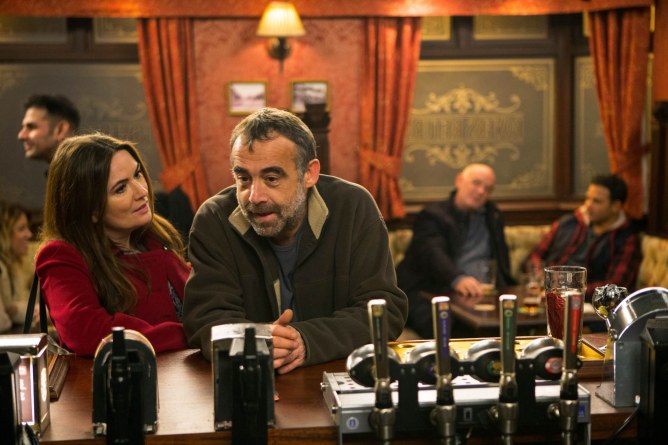