Zak offers Belle comfort, leaving Lisa out. Dom is reeling from the news about Belle and can’t contain his fury when he hears she’s been released on bail.

Lisa begs Jai for her job back and blames Zak for all the drama. Will they be able to sort it out, and what effect will it have on Belle?

Val teases Jacob that she’ll tell on him, using what she knows to persuade him to clean the windows with Eric.

Meanwhile, Val moves back to the barn whilst the B&B is in high demand. Will Eric be able to win Val back?

Ross uses the garage to store stolen cars as a side business between him and Debbie. Cain becomes suspicious and gives them a warning, but will they take heed?
​
Elsewhere, Cain is annoyed when he learns Chas and James have sorted things out. Edna wants to avoid any fuss on her birthday but Sandy and Harriet have other ideas. 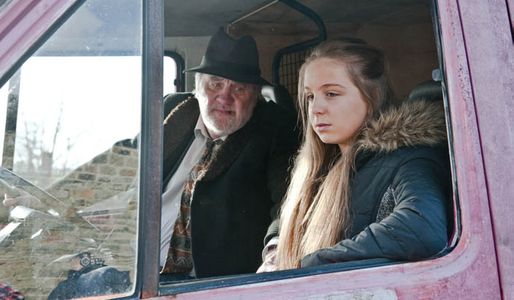