Debbie insists to Cameron that they have to come clean about their relationship to Chas, but this only makes him panic.

As Chas arrives, Debbie seems undeterred, but Cameron bolts for the door. When Debbie explains to Chas that it's the truth - however painful it might be - that matters, Chas starts to freak out. But can Debbie go through with it?

Elsewhere, Rhona sets up a meeting with her dealer but he turns up empty handed. She asks him how long it will be until he gets supplies - and tells him anything will do.

Also, Nicola tells Steve to stop pestering her and threatens to tell Jimmy, which seems to frustrate him.

A new witness comes forward and the police press Debbie - does she remember anything else? Chas begs her to remember, while Cain remembers a moment between Debbie and Cameron. His suspicions rise.

Elsewhere, Nicola can't believe it when Bernice tells her she reckons Steve may be having an affair. She asks her to get Jimmy to spy on him, but Nicola suggests she will keep an eye on him instead.

Also, Rhona doesn't turn up to nursery to pick up Leo. Marlon and Paddy are unconvinced when she tries to explain herself. 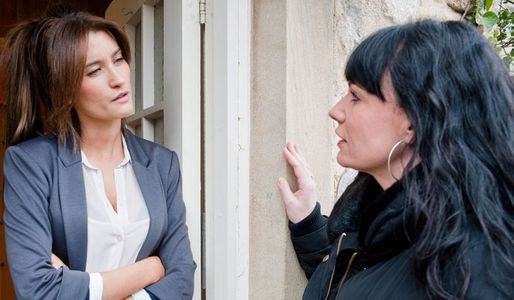