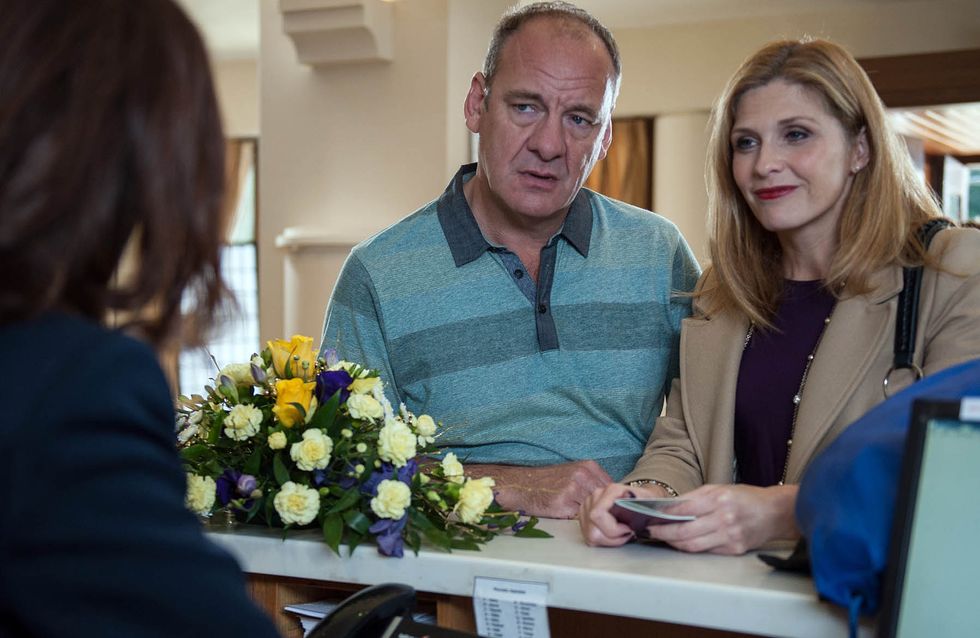 Sleep-deprived Jimmy pretends to Nicola he has to drive overnight to Newquay. Meanwhile, Bernice gives Jimmy the paperwork for the spa break, urging him to get some rest. However when he arrives at the hotel the manager won’t let Jimmy check in on his own. Tired and ratty Jimmy calls Bernice. Bernice shows up and pretends to be Jimmy’s wife. He’s too tired to argue. Meanwhile, Nicola gets an email onJimmy’s account from the hotel and is suspicious...

Lawrence is paranoid everyone isis talking about him and insists he was drunk, unaware Ronnie’s heard him. In theWoolpack, Ronnie tells Rebecca, Lawrence will never change but she heads back to try and get her dad to put things right once and for all.

Charity complains Aaron and Robert are always fighting while Chas moans aboutLiv’s stuff being everywhere. Robert is thoughtful about the need for them to move. Belle tells Bailey her plans to become a vet but considers psychiatry as well.

In the hotel bedroom, Bernice hides in the wardrobe as Jimmy let’s in Nicola, who confronts him for lying to her. She seems to be won round by Jimmy’s story until she spots the wardrobe. Will she discover where her sister is hiding?

Ronnie’s impatient to leave and annoyed his van still isn’t fixed. Unbeknownst to him Rebecca has stolen his fuel pump relay. Lawrence shows up and asks to talk. In the café, Lawrence finally admits to Ronnie he loves him,talking loud to show he doesn’t care who hears. He’s surprised how good it feels to say it but how will Ronnie react?

Robert’s interest is piqued by talk of the Mill being auctioned and wants to take Liv’s offer to chip in for a place but Aaron won’t have it. Belle’s buzzing from her interview at the college and Bailey feels a pang for his life as a doctor and applies for a job as a drugs rep.​​​​​ 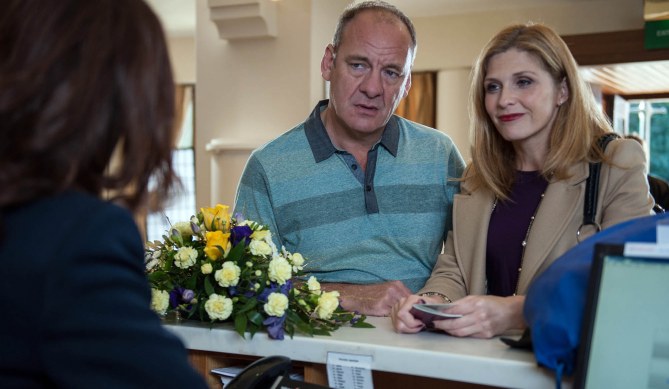