A conflicted Finn stares at his mum’s house when suddenly he spots her outside. Victoria, Val and Pollard are all on edge wondering what he will do. Will Finn finally confront his long-lost mother?

A frustrated Robert is annoyed when Chas tries to talk him out of his investment; fuming Katie has been winding her up. Later, Robert lets himself in Tug Ghyll and and threatens her warning Katie to stop bad mouthing him.

Alicia finds Chrissie sobbing in her car, admitting to feeling out of her depth with Lachlan. Katie sees them talking and speaks to Alicia. Katie’s suspicious Robert's cheating when Alicia reveals he left Lachlan on his own for a 'meeting'...

Belle is alarmed when Lisa arranges for her to see Dr Cavanagh. David angsts over dropping Rakesh from the football team, and in a panic blames Pete for his rejection. Meanwhile, Alicia insists that Lachlan is joining them from now on. 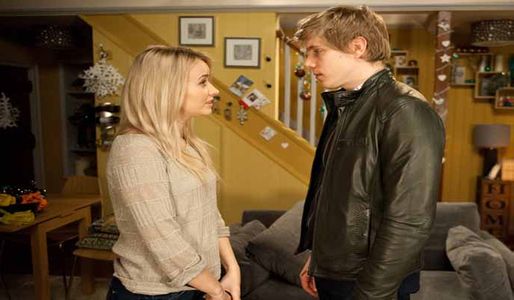