Rhona says an emotional goodbye to Leo before heading to the drug clinic. But Paddy seems dubious and she worries he's getting cold feet. She decides she'd rather try to give up her addiction on her own, with the support of her husband.

Elsewhere, Cameron tries to hide his worry when he receives another text from the blackmailer when he's with Debbie. Moments later, he finds Adam at the garage on his phone and he's immediately suspicious. And when Adam later flashes his cash in the pub, Cameron confronts him.

Also, Nicola overhears Megan suggesting to Declan that he sells his other properties in the village in order to keep his own. He immediately dismisses the idea but could he change his mind when Steve offers to buy Home Farm after a tip-off from Nicola? 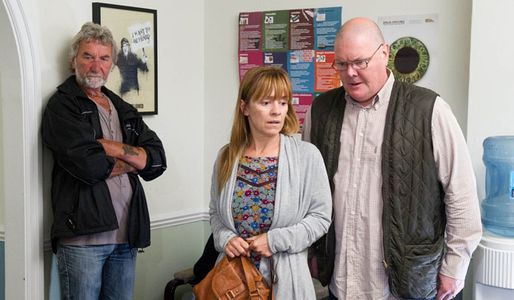