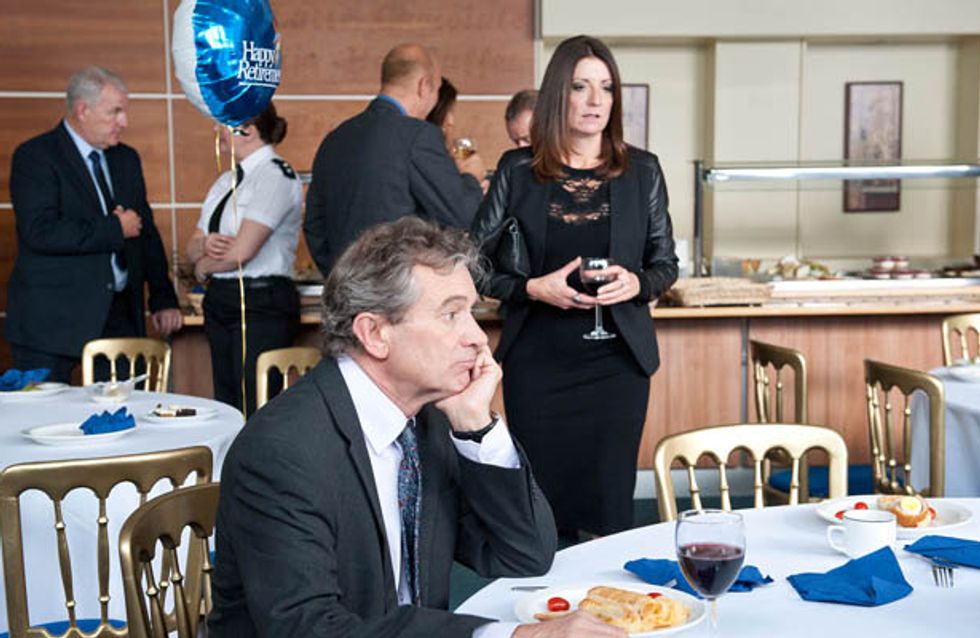 Guilty Kirin shakily admits to his father Rakesh how he drove home drunk last night. He then takes a deep breath before admitting he might have hit someone and is concerned it was Moira. Rakesh cannot believe what has happened and is further incensed Kirin has taken his damaged car to Cain’s garage. Can Rakesh get his son out of this mess? Meanwhile, Cain's brought a shaken Moira home, furious who did this to her and Kirin is chilled to the bone to later hear Cain is out for revenge. Later, Aaron mentions the car to Cain who quickly pieces it together.

Charity has slept at the police station admitting to DI Bails she would have changed her mind if she hadn’t. She explains why she is there. DI Bails sets up the recorder, he needs her confession before he can give Pete immunity. Will Charity be able to go through with it and can DI Bails be trusted to keep his word?

Harriet invites a flattered Ashley to an ex-police colleague’s retirement lunch party, but Ashley is unaware Harriet has an ulterior motive. At the party she explains to Ashley she wants his help, as she’s trying to find Rachel for Ali. Ashley is dubious but relents and soon the pair put the plan into action. Harriet successfully swipes her old colleague DI Bails’ security pass, and sneaks away to his office where she locates Rachel’s police file. But Harriet is oblivious to the CCTV camera.

Laurel reassures a conflicted Marlon he's protecting April by not letting her see Ross, but will he agree?

Cain in a fury as he starts laying into Kirin, it looks like nothing will stop him from beating him to a pulp. Rakesh sees what is happening and shouts at Cain threatening to call the police. Knowing Rakesh has the weight of the legal system behind him Cain snarls before shoving Kirin, telling him he will be back later, which leaves Kirin panicked. Later, Moira is shocked to learn it was Kirin who caused her accident but can Vanessa stop her calling the police?

It’s tense at Tall Trees with Ross there to see April and Marlon is gobsmacked when April tells Ross she wants to get out her fancy dress costumes again. (April has not touched her fancy dress since her mother died). Ross is thrown when April talks about Donna and Marlon listens. Marlon later suggests another meet up but Laurel walks in and is furious to see him there.

Pete's stunned when DI Bails says the charges against him have been dropped. How will Debbie feel when she realises what Charity has done?

​Ashley consoles Harriet for not being able to find Rachel. Robert is wary to see Aaron and Chrissie talking. Aaron's disgusted at Robert’s games but Robert is keen to make amends with him. 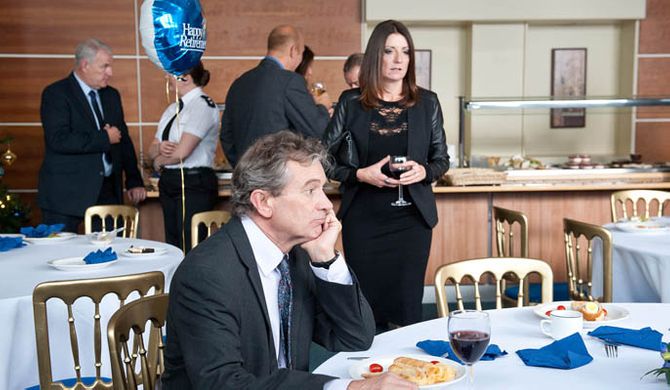