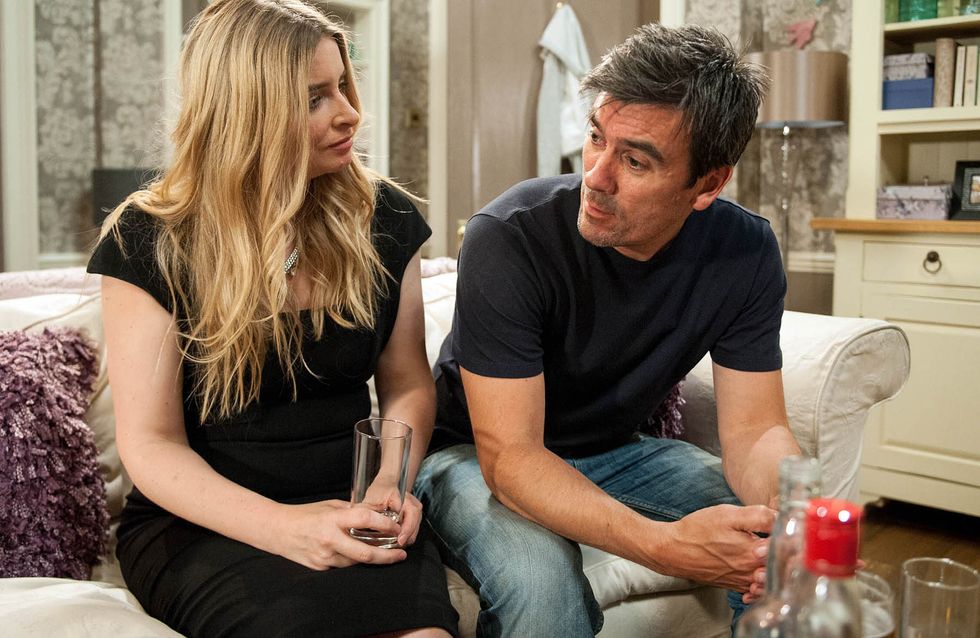 Cain finds the Pep treatment in Moira’s handbag and accuses Holly of havingHIV, only for Moira to confess they’re hers. Cain and Adam are furious when Holly admits she was back on drugs and it was her fault Victoria got hurt. When Moira refuses to get rid of Holly, Cain leaves. Meanwhile, Charity’s dressed to kill at the pub and gets a drink with smitten Steve but when an angry Cain enters, will this be Charity’s chance to get her claws into her man once more and willCain fall into Charity’s trap?

Worried about his granddaughter, Doug asks Liv for a favour to get Gabby and Ashley to talk to each other. Ashley admits he shouldn’t have gone to the police, but won’t apologise and Gabby refuses to back down either. An upset Gabby tells her dad she wishes he would drop dead, and a hurt Ashley tells her he wishes she’d never been born. Will they make-up or have they gone too far this time?

Nicola wants some intimacy with Jimmy but is frustrated by his arms-length mollycoddling. She asks Dan to do her physio and there’s a spark when he catches her fall. Later, Nicola’s happy to hear she can get around without her wheelchair, but she and Dan are left fearful when she is told her arm might not recover. Can she bring herself to tell Jimmy the bad news?

Adam’s pleased Victoria has taken back her van, but confused when she doesn’t want to work with Holly.​​​ 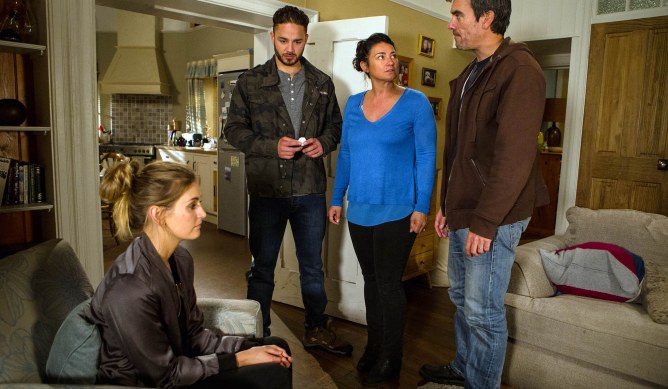