Katie barges into Home Farm and refuses to leave until Robert admits he started the fire. Robert accuses Katie of wanting to screw the wedding up and Chrissie challenges Katie to call the police but Katie’s confident stance is slipping. Back at Whylie’s farm, a furious Andy apologises to Chrissie on the phone as Katie returns. Suddenly, Katie is worried she’s gone too far and perhaps at the cost of her marriage. Meanwhile, Robert arrives at the cabin to win Aaron around, but Aaron stands firm. Later at the pub, Katie implores with Andy how they can put everything behind them. But Robert, fresh from his rejection by Aaron, is riled and Katie is who he targets.

Val continues in her attempts to solidify Tracy and Sam as a couple. Lachlan enjoys chatting to Alicia about all the drama at home. Georgia’s emboldened by Rodney’s support and soon Rodney’s stunned when Georgia makes an arrangement. 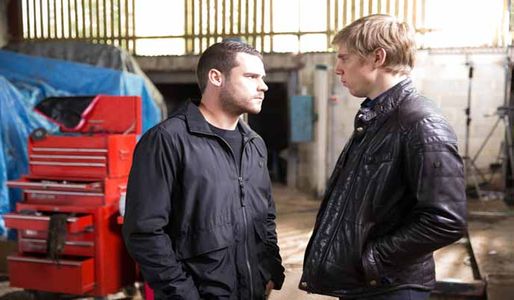