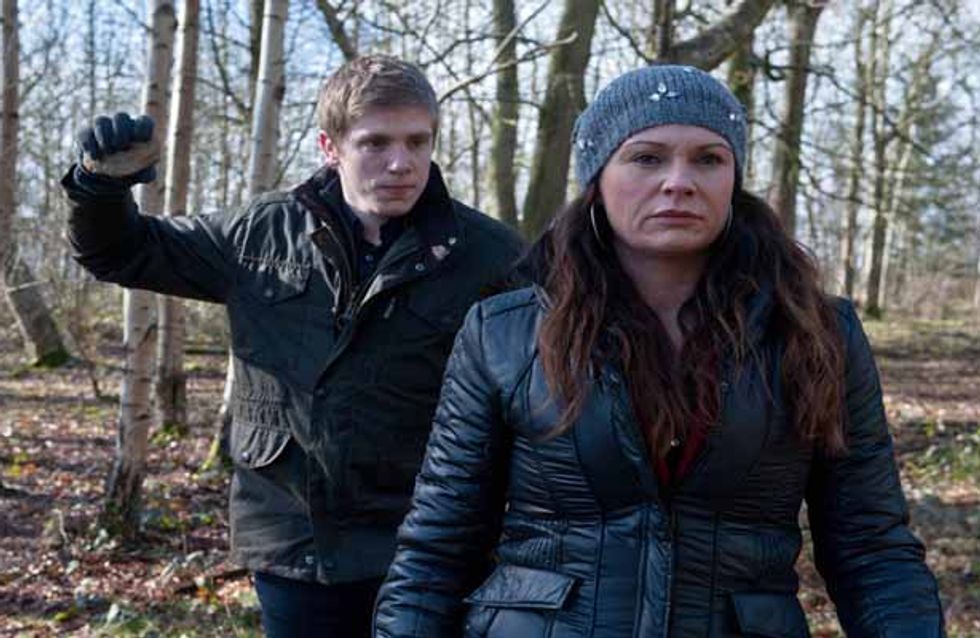 Aaron awakes in excruciating pain, desperately calling for help. Meanwhile, Chas discovers Aaron didn’t stay at Adam’s and reluctantly asks Robert if he spent the night with him. With Aaron missing they both go looking for him. Whilst searching a glowering Robert simmers with rage when he realises Chas has played him and got him to confess he and Aaron are still seeing each other. They argue and Chas verbally attacks him blaming him for Katie’s death and freaks Robert by telling him she will tell Chrissie the truth. Filled with anger and desperate to stop the truth from being exposed. Robert quietly picks up a big stone behind her back and follows her every step pent up with rage. What will Robert be prepared to do to keep his secrets safe? Suddenly faint cries are heard from trapped Aaron. Will Chas’s fate take another turn?

Carly discreetly checks a flight confirmation. Bob suggests he and Carly go van shopping and covers to Brenda that Carly has got a business loan. Later, Bob’s attitude towards his daughter changes when he learns of her deceit. Will she still pack her bags and go?

David explains he wants to accompany Alicia to court to hear the verdict but she just wants it to be over. Meanwhile, Chrissie is uneasy when Lawrence asks if she has called her ex Donny as he has a right to know about Lachlan.

James goes to see Emma who is keen to hear about James’ and Chas’ communication problems. Will James’ realise Emma is struggling with getting divorced. 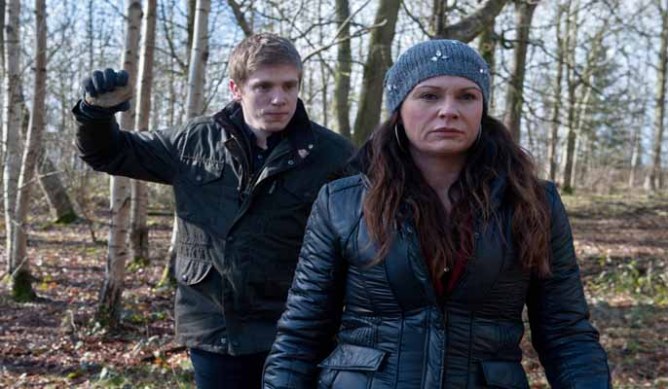