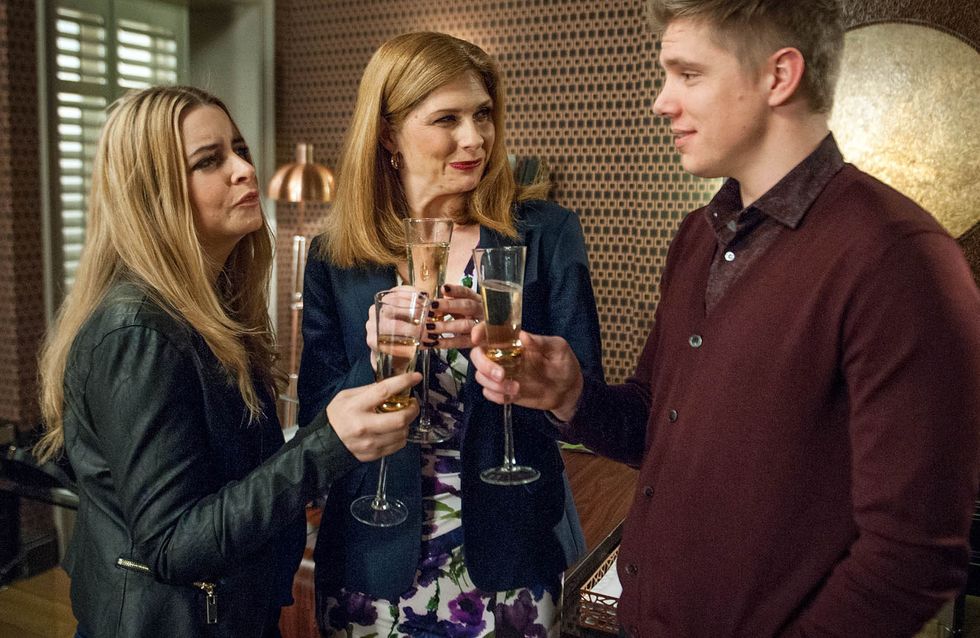 Harriet and Sandy are concerned over Ashley’s odd behaviour but are soon left devastated when Ashley and Laurel arrive home with Tootsie and some devastating news, Edna has died. Sandy’s angry when Ashley explains about her illness and how she wanted it to stay secret and blames him for not allowing him to say goodbye to Edna one last time.

A desperate Bernice asks Robert for help at Home Farm and he enlists Charity. Andy and Chrissie arrive home from Spain to find Robert and Charity helping Bernice at Home farm. Lawrence and Chrissie are furious but Robert's intrigued by Charity's proposal to get him involved in Home Farm. Chrissie's determined to find out who her real father telling Andy she's going to organise a DNA test.

Tracy's shocked when she catches Jacob on the laptop with Pollard's credit card and he tells her he's returning to Portugal. Tracy double bluffs Jacob and tells him to go, if he doesn't mind hurting people and Jacob storms out, leaving her wondering if her plan will work.

Priya's irked as she tells Pollard she knows about David having cancer and he suggests she goto the hospital with him. Liv's disgruntled as Aaron refuses to give her any more money and Chas is furious after finding Liv going through her stuff and tells Aaron to talk to her. 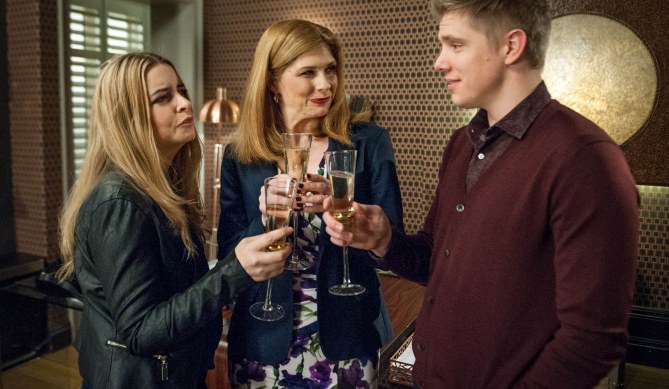