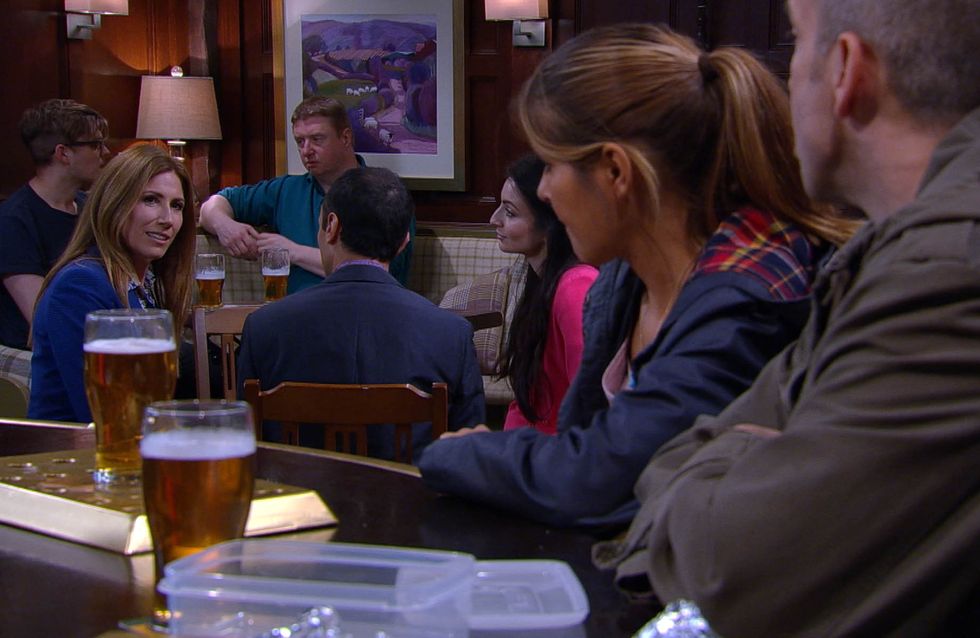 Trying to hide her heartbreak, Megan realises Jai was with Leyla last night, she darkens as a plan starts to form. Once Jai has left for work, she makes a phone call, grimly determined. Rachel is left encouraged when Megan tells her to be in the pub at dinnertime, hoping it’ll be something which will work in her favour for Archie’s custody case, but she is left confused by the lack of fireworks. However, Megan fills Rachel and Sam in on her long term plan which would put Jai back in his box for good, but are they up for it?

Finn worries there may be unfinished business between Debbie and Ross. Debbie does her best to downplay her uneasiness during her and Pete’s meeting with the vicar. Soon after, Debbie heads to meet Ross, confronting him for being angry with her, but with the sexual tension undeniable, will the pair succumb to their desires once more?

Carly refuses to call a plumber for a leak at the shop, determined she can fix it and save money. Meanwhile, Brenda is keen to begin the build for Gennie’s memorial playground, explaining that she will check all the accounts first. Bob panics but Carly interjects buying them more time. But as the web of lies spins further, it’s clear Bob is feeling out of his depth...

Plucking up the courage, Zak tells Belle how seriously ill Hamish is, explaining it would be best to have him put down, but is Belle strong enough to let him go? 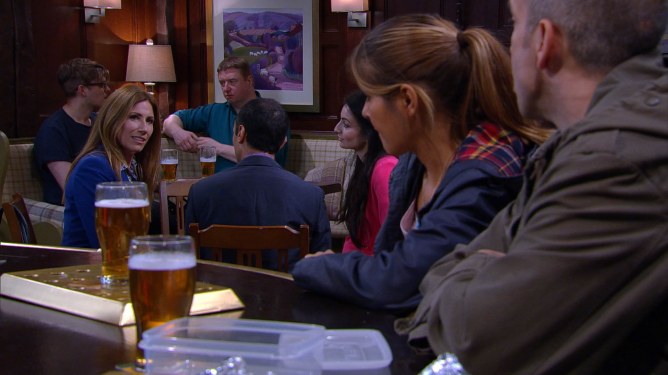