Charity asks Noah what Cain was doing up at the farm and he’s disgusted by her selfishness. She’s stung when Noah tells Charity. Moira was a better mum to him.

Liv tells Rhona how Pierce threatened Paddy, but Pierce shrugs the accusation off. In the café, he struggles to keep his temper as Rhona wonders what’s got into Paddy. She insists he’s a good man and Pierce starts to form a plan. At the vet’s surgery, he sneaks a t-shirt into Paddy’s bag when Vanessa isn’t looking.What is his plan? 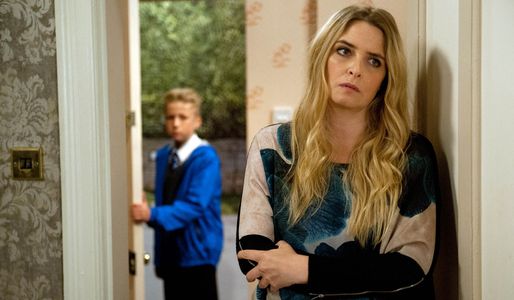