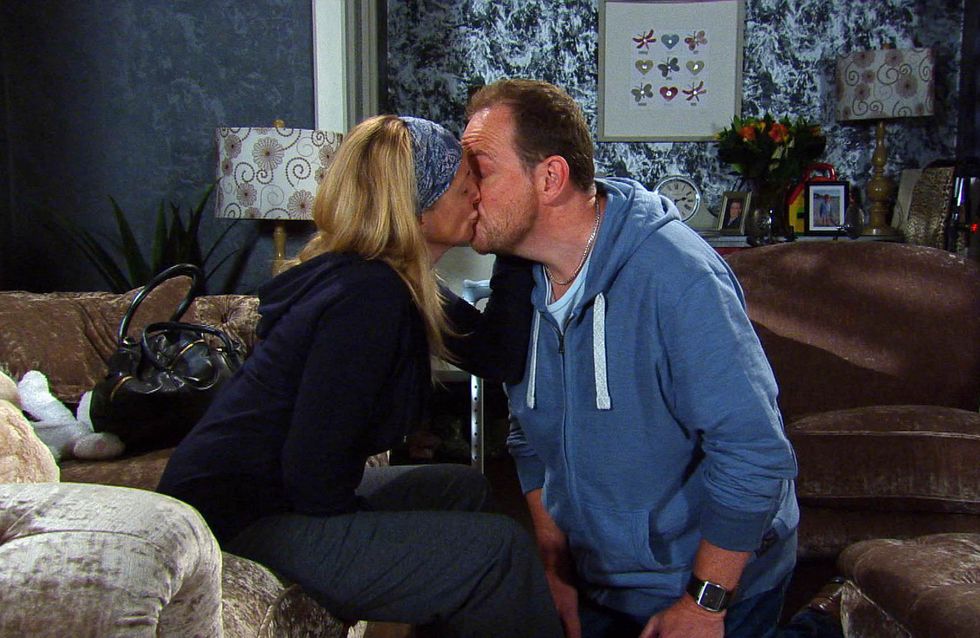 Chas warns Charity that Cain won’t fight for her and she shouldn’t use the kiss to break him and Moira up. Charity taunts Moira but will she reveal what happened last night?Meanwhile, Chas is shocked to learn Moira could have HIV and orders Cain to go back to her. Moira admits she should have told Cain the truth but it’s Cain who’s hiding a big secret now. Will he tell Moira about the kiss with Charity and if so how will Moira react?

Gabby’s moved when she overhears Ashley tell Bernice to put her daughter first when he realises Gabby feels second place in her affections.

Dan’s disturbed to learn Nicola hasn’t told Jimmy the paralysis in her arm could be permanent. He urges her to tell him and she takes his advice but her heart breaks asJimmy struggles to handle the news. Dan comforts her, but she’s upset that Jimmy now sees her differently and she kisses Dan. How will a shocked Dan react and will Nicola end up feeling humiliated?

Finn and Emma plan to book a choir to commemorate the helicopter crash the next day. 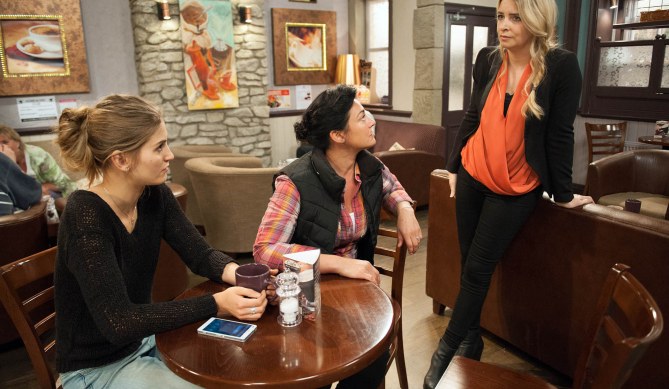