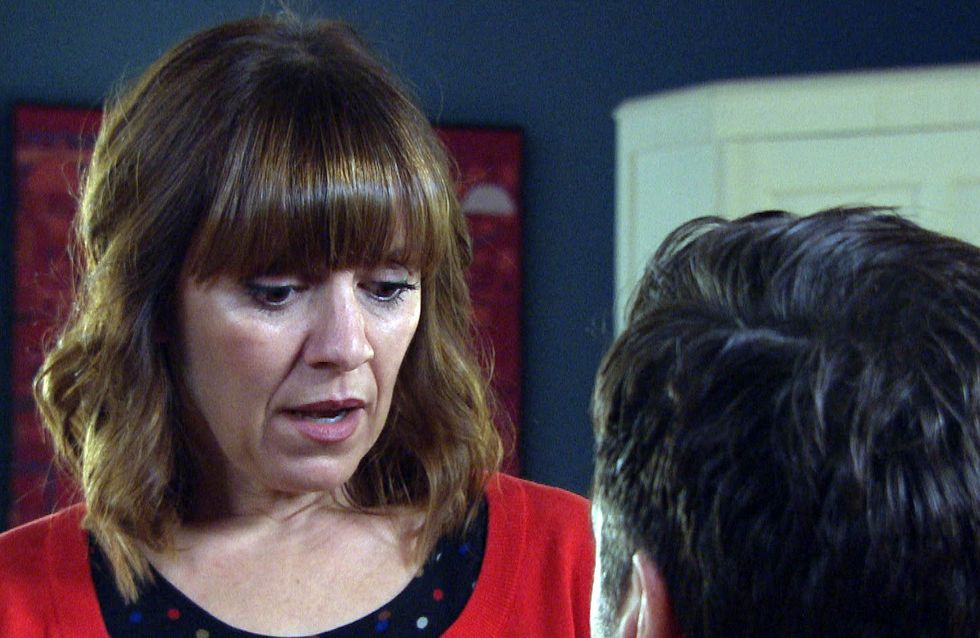 Rhona panics and laughs as Pierce makes a long speech before proposing. But he’s shocked when she rejects him, saying it’s too soon, but he pretends it’s fine with it. Paddy puts his foot in it by congratulating them, leaving Pierce humiliated as he explains he was rejected. Back at home Rhona is not in the mood, but Pierce won’t take no for an answer…

Cain is unconvinced the caravan fire was started by Zak leaving the hob on but Kerry confesses to Zak it was her. Will Zak cover for Kerry or will Kerry be out in the cold once more?​

Zak is crushed by what Lisa tells him. Aaron feels paranoid when Robert sneaks out to work rather than celebrating his birthday. He’s further left worried when Robert tells him he’s meeting Rebecca rather than going out for a meal.

Rhona encourages Chas to get with Paddy after insisting she has no interest in him anymore. Pearl accuses Liv of stealing her money, but Gabby steps in. ​