With April still not sleeping, Laurel suggests to Marlon that they should take her to a specialist to help her with grief, but Marlon denies they need help. Laurel meets Nicola for lunch and discusses her marital problems over a glass of wine, only to be interrupted by a call from April's school. Laurel is pulled away to go and collect her. Having picked April up, Laurel is shocked when April says she is scared Marlon might die. Mid conversation, Laurel is shocked when she’s pulled over by PC Swirling who explains she was driving erratically. But it goes from bad to worse when he tells her how he is forced to breathalyse her after she admits to having had a glass of wine earlier.

Charity finds Ross trying to sell Shirley's car. She blackmails him, threatening to tell Cain and Moira what he’s been up. Charity tells Ross she has sold the car off for parts and their buyer wants even more. Ross says he can't take the car apart himself but Charity has a plan, but a plan that may require helpers…

Amelia refuses to do anything without Ruby. Dan promises Ali she will get past this while Kerry tells Amelia she has a plan to get Ruby back.

Nicola's worried about the repercussions over what she’s done but is relieved when Jimmy tells her he's convinced Juliette to drop the matter. She shocks Laurel when she reveals she wants to have another baby. But how will Jimmy react to hear of Nicola’s new desire?

Doug invites Diane on another date and is thrilled when she makes a suggestion. Debbie is touched when Noah tries to make her breakfast to thank her for looking after him. 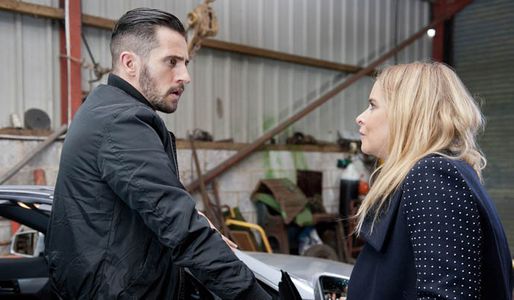