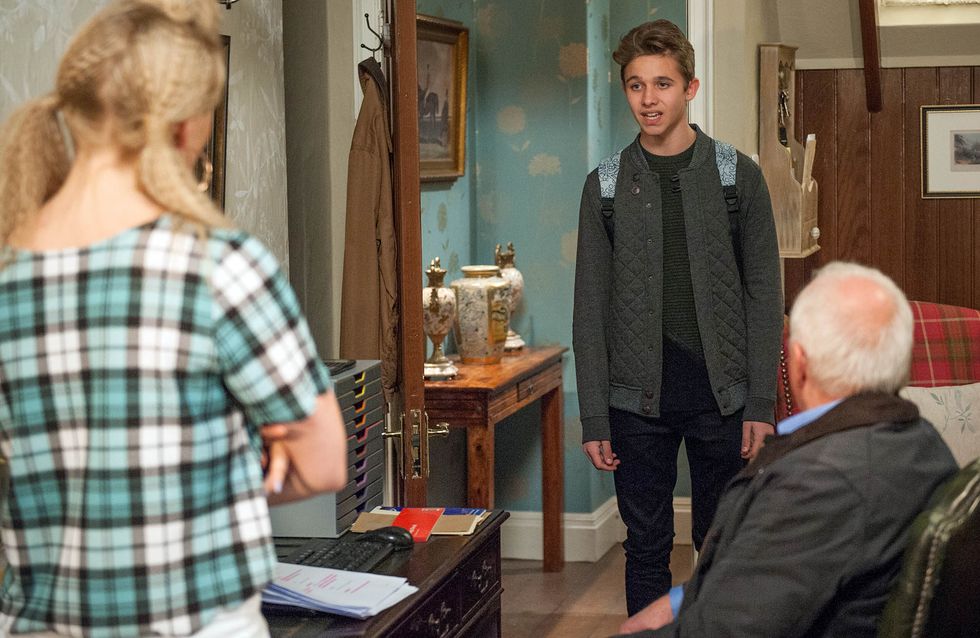 Robert's shocked when Lawrence tells him he'll be working with Charity but doesn't need him anymore. They shake on a divorce settlement but Charity and Robert have bigger plans for the use of the money. Chrissie tells Lawrence she wants a DNA sample but Lawrence has some shocking news for Chrissie.

Pollard's horrified Jacob’s booked a flight using his credit card. Tracy feels guilty as she tries to explain she was attempting to use reverse psychology. Pollard's about to call David when Jacob enters. Will he finally agree to see David?

Aaron’s struggling to manage his wayward sister when the police arrive saying she has been caught shoplifting. Emma suggests Finn get Ross on board with his business idea but he's not very enthusiastic. Ross assures him he won't let him down but Finn is still apprehensive. Jimmy and Nicola learn Edna has died, whilst Ashley tells Laurel she wanted him to do the funeral. Nicola's put out to learn Robert's bought Charity's share of the company but Jimmy thinks it might be a good thing with all the cash he's bringing with him. 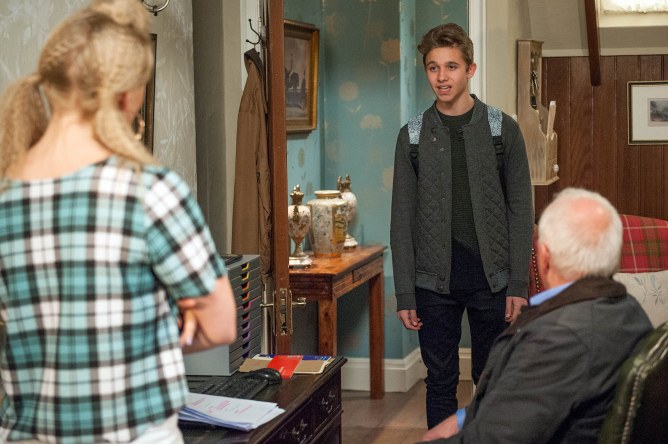