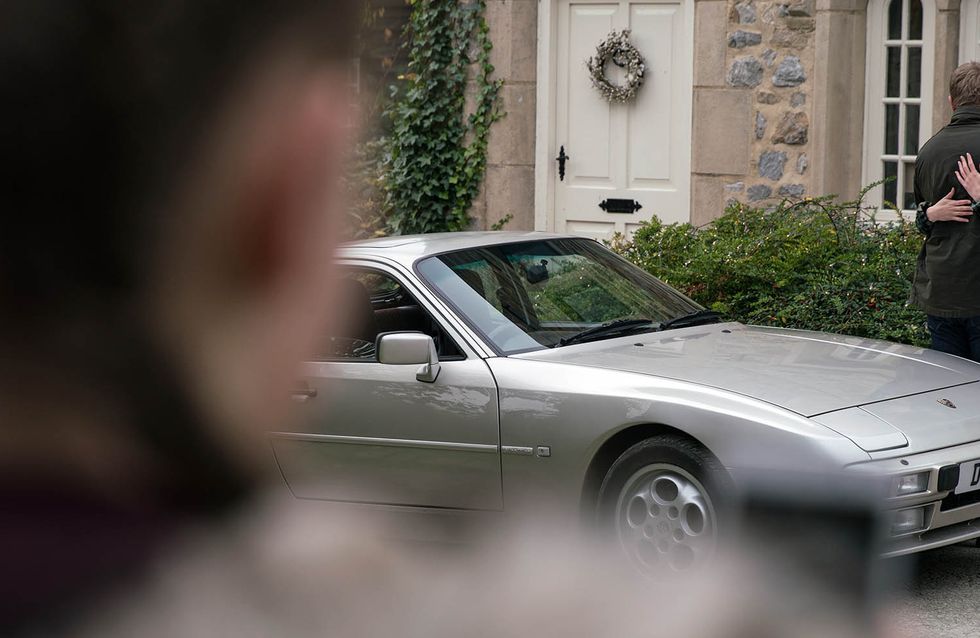 Kerry doesn’t feel very well whilst on a walk with Kyle and as she gets to the footbridge, realises she’s going to pass out. She shouts at Kyle to get away from the water as she drops to her knees. Kyle runs back to the café, where Zak and Cain come to the conclusion Kerry must have fallen over drunk and Zak divulges to Cain it was Kerry who set fire to the caravan. Dan’s worried and goes looking for Kerry who remains missing but is now on the verge of hypothermia. Later, she’s found. Will Kerry be grateful Dan saved her and can she persuade him he’s the man for her?

Whilst playing a prank Liv sees Robert and Rebecca cuddling and shows a shocked Chas the footage. Chas tells Aaron and that she has warnedRebecca off Robert but Aaron also wants to confront her, terrified of her answer...Later, Robert’s dressed up and ready for his surprise. While, Chrissie warns Aaron thatRobert will only cheat on him just like he did to her. Robert is excited as he gives Aaron his surprise and assures him he’s with him because he loves him. Will it go well for them both?

Chrissie’s upset Lachlan has been beaten up at the Young OffendersInstitution and assures him when he comes home he’ll want for nothing. But is the situation as it seems or is she being hoodwinked?

Rhona starts to doubt her own relationship worrying about last night with Pierce.Megan realises Pollard’s double booked and wants her to share her party. Frank offers to host Megan’s event at the shop and Pollard has no other option. As the party gets underway,Megan seems smitten with Frank, whilst Frank is pleased to have found some common ground with Pollard.​​​