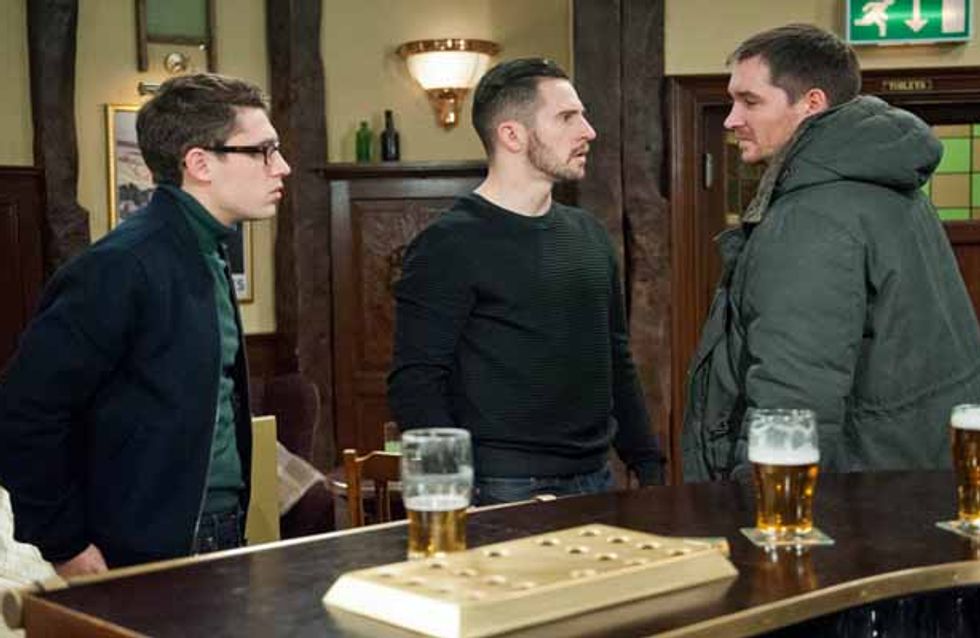 It’s the day of the wedding and groom Robert agrees to meet Aaron at Wylie's Farm for one last goodbye, but when Robert suggests to Aaron that it doesn't have to be the end of their relationship, Aaron's head and plan is thrown into disarray. In the café, Aaron tells Katie he was wrong about Robert and hopes he has shut her down. Later, Andy fumes to hear that the farm sale is off, convinced Katie must have done something to further rile the couple. Andy tells Katie not to come to the wedding and suggests he might move out permanently. Could this really be the end for the recently married pair? Meanwhile, at the farm, a suited Robert arrives and Aaron implores him to call off the wedding, telling him he loves him. Robert refuses. As Robert makes to leave, Aaron hastily texts Katie “Wylie’s Farm, now”. Aaron goes after Robert and it’s not long before they are embroiled in a passionate kiss. But when the sound of a camera phone taking a shot cuts through the air, a panicked Robert pulls away. Katie finally has the evidence she needs...

DC Halton arrives to speak to Ross, telling him they have his fingerprints in connection with a break in. Emma comes to his rescue as he's questioned; telling the police it's her house, although she does wonder why they have Ross’s prints already on record.

Chrissie's upset that her sister has missed her flight and won't be at their wedding, so asks Alicia to step in as bridesmaid. Bob drops Rodney in it with Georgia. Katie helps out Pearl.

At Wylie's, Robert's desperate to discredit Aaron, as Katie enjoys having him on ropes. But will Aaron regret his betrayal to Robert? And now Katie has the evidence she needs, can they persuade her not to make it public? The tension mounts at the farm as they realise the enormity of the situation and the repercussions it will have….

Lawrence is blown away when he sees Chrissie in her wedding dress. Lawrence is concerned when Leyla admits she doesn't know where Robert is. Attempts are made to locate bridegroom Robert and Katie but to no avail. Soon Chrissie, Lawrence and Lachlan arrive at the church, but there is still no sign of the groom...

In the café, Pete's shocked when Finn tells him what Ross did. Meanwhile, Emma questions Ross over the police visit, darkening when he admits he broke into her house. With Emma now in the picture over the break in the brothers are sure she will leave their lives. As Finn tries to change Pete’s opinion of Emma, Ross finally snaps, and pins Pete down demanding he tell them why he is so anti-Emma. Will Pete finally reveal the secrets of the past? 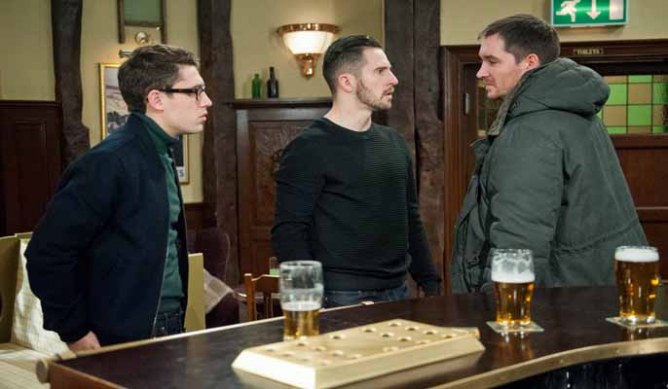