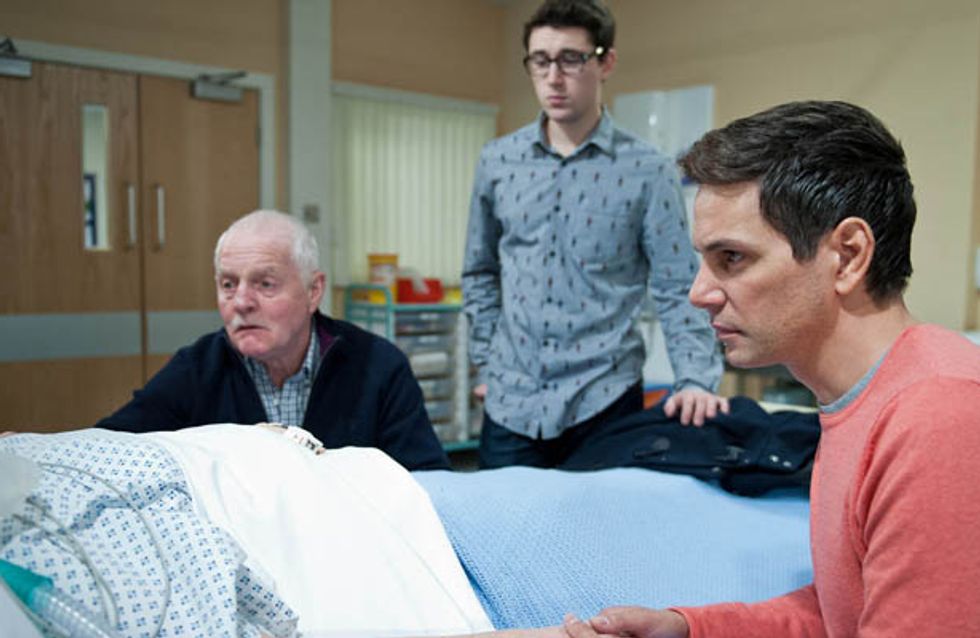 In the hospital, a worried Pollard and Finn sit and wait for news about Val, who still remains unconscious. Pollard's determined to see her, despite doctors encouraging him to leave her to rest. As she sleeps, Pollard reassures her, but is alarmed when her breathing suddenly worsens. As machines start to sound and medics dash in, Pollard and Finn are ushered out. Val’s son Paul arrives shortly after as a nurse approaches to explain Val's condition and the family prepare themselves for the worst...

Alicia is afraid to leave her house, worried what people think about her. Whilst Chrissie tells Robert she's taking Lachlan away for a while.

Marlon struggles with his money issues and feels guilty it is impacting on April. Kerry's frustrated to have Tracy living at Dale Head and storms out after they argue, but will Sam be able to persuade her to let Tracy stay another week? Debbie tries to convince Andy to see his kids but he's reluctant, she and Robert are worried for him.

At the hospital, Val's family urge her to get better but she's still unresponsive. The doctor questions Pollard about resuscitation but Pollard insists “resuscitation” won’t be necessary. On the ward, Pollard begs Val to come back then breaks down in tears. EMBARGOED: Pollard is delirious with relief, to see Val awake talking to him. The doctor checks her over and orders her to rest. Pollard tells her he knew she wouldn’t be defeated, but is Val out of the woods?

Alicia arranges to work a shift at the Woolpack. But is she as confident as she is making out?

After chipping her tooth, Pearl seems concerned about the cost to repair it and is alarmed when she makes a call to the bank. Later, Rhona and Paddy leave Pearl to lock up the surgery, handing her a signed blank cheque to fill out. Will Pearl give in to temptation?

A rough looking Andy arrives to see the kids but the visit does not go to plan leaving father and daughter more distant than ever.

Kerry and Tracy’s feud steps up a gear. Guilt sees Laurel pour herself a glass of wine. Emma is struck by how much Finn care’s for Val whilst Paul picks up on vibes between FInn and hospital nurse Darren. 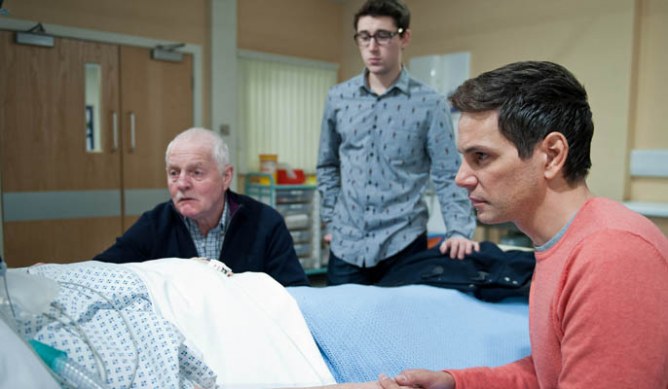