Cameron's terrified Debbie will tell Chas what happened. When Chas visits, Debbie tells her she does want to talk about something…

Later, Cameron goes to see Debbie and they argue before kissing passionately. They end up sleeping together and afterwards Debbie tells him to leave, clearly scared by her feelings for him. Meanwhile, Chas wonders where Cameron is.

Elsewhere, Diane confronts Steve over his affair with Nicola and Declan wipe all traces of Katie from his wife.

Also, Cain washes his hands of Debbie again after hearing about her attempt to run away. Moira notices Zak's distress and tells Cain, who later goes to see Debbie to warn her to stay away from Zak. 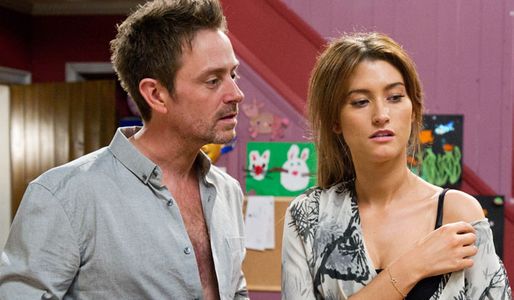