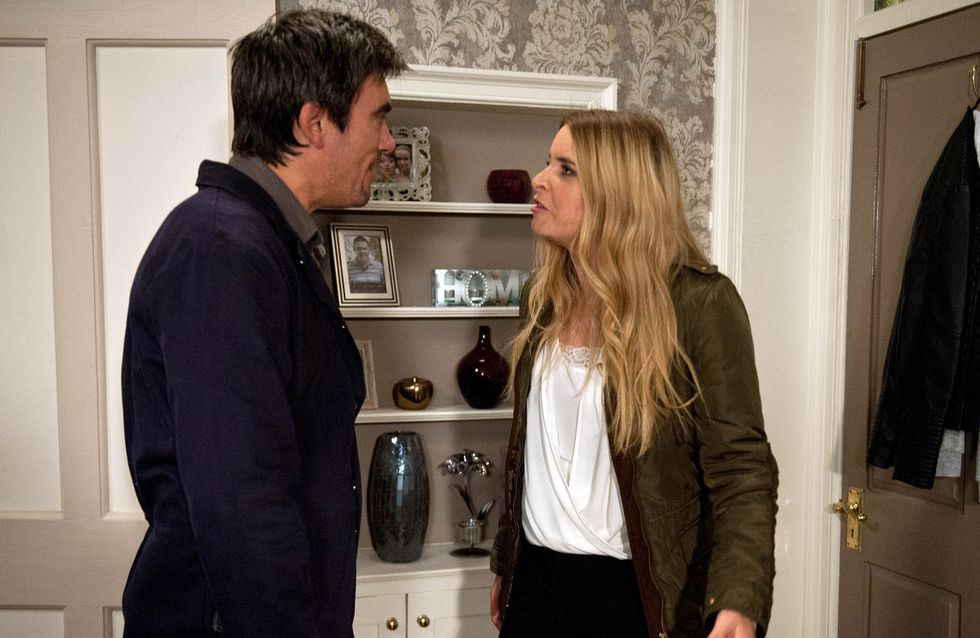 Charity is determined to dissuade Debbie from staying on in France. When Cain finds out what Debbie has done he is furious and starts smashing things up. Soon in the back room of the Woolpack, Cain directs his fury at Charity, slamming her against the wall, but she remains defiant, insisting people don’t tend to tell him things because he always reacts violently. Later at the footbridge, Charity tells Cain she’s leaving and he’s shocked to realise she means it. He tells her he would miss her and suggests they leave together….

Dan asks for Zak’s advice regarding Kerry and Zak suggests he start taking an interest in the wedding. Meanwhile, Kerry asks Joanie to come with her for her scan. Later and enthusiastic Dan shows Kerry some wedding magazines and is confused by her attitude, unaware of her worries over her secret termination.

Paddy doesn’t plan to let Pierce get away with framing him. Pierce tells Paddy he needs a written agreement he won’t enter Smithy Cottage. Paddy agrees but does he mean it? Moira tells Adam she doesn’t want to leave the farm any more. Leyla’s dressed to kill for her date with Pete but should she be given what he has planned?​​ 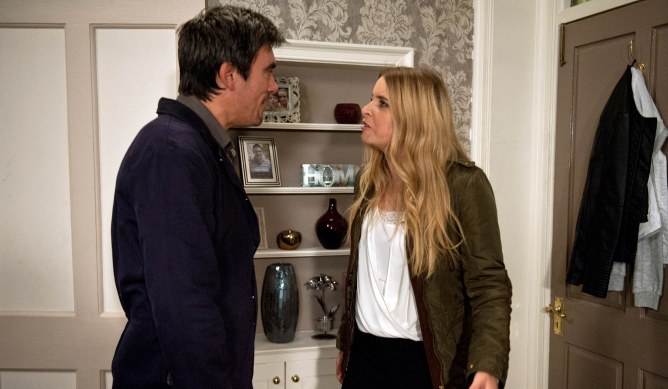