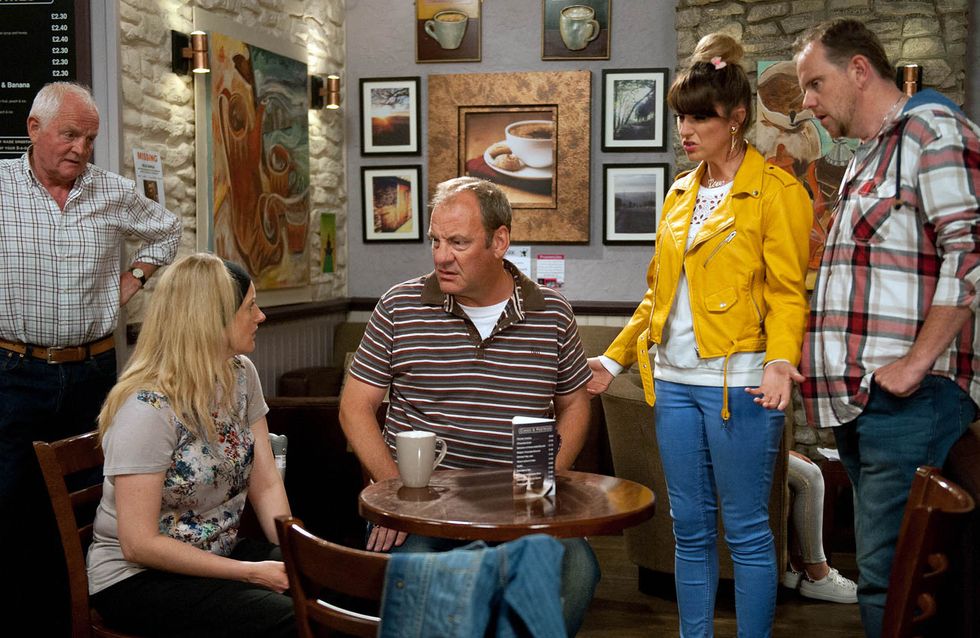 Nicola’s guilty about her kiss with Dan. Dan acknowledges there’s a spark between them, but wants them to be friends again. Elliot threatens to tell Jimmy what he saw and Nicola lies she was helping Dan practice mouth-to-mouth resuscitation. She’s relieved when Elliot seems to accept this, but chaos ensues whenElliot later blows the secret in the Woolpack. Kerry storms off whilst Jimmy tells Nicola their marriage is over.

Pierce puts on an upbeat façade about Paddy but underneath his insecurities bubble over. Marlon begs Rhona to stop Paddy from leaving again and she urges Paddy to stay for Leo’s sake, but he says he has to go because he’ll always love her.

Moira’s upset over Cain and overreacts to an incident on the farm. Emma pressures James to pull out of Butler’s Farm and he asks Moira for his investment back, feeling bad for adding to her woes. Pete’s and Ross set up a bet for cash who can get some action first.​​ 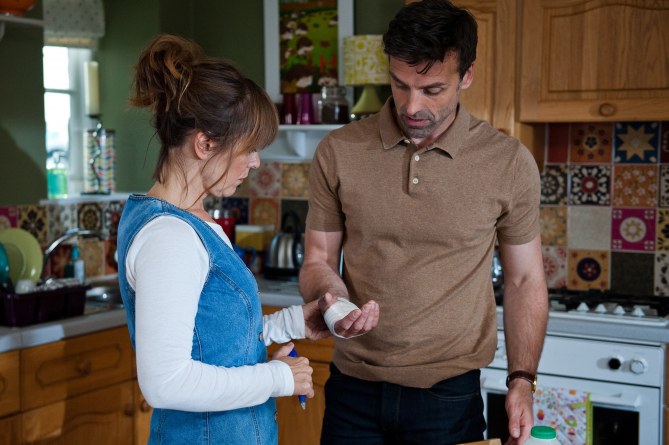