Debbie's concerned for Cain and suggests he go home to get some sleep. Later Cain's horrified Debbie’s car has broken down, aware it’s his fault. But soon Cain is more than happy to let hapless Dan take the blame and soon Cain goes even further when Dan confronts him over it. That evening, Moira voices her concerns to Charity, wondering what could be going on with Cain but Charity is just as clueless, but knows something isn’t right. Alone in the garage that evening Cain feels a sharp pain in his head and collapses. He quickly regains consciousness and is getting up just as Charity arrives. Will Cain manage to convince her he’s okay?

Pete tells Finn they're better off without Emma, but Moira's torn, telling Pete that Finn has a right to know his mother. Pete goes to the Woolpack and tries to convince Victoria to dissuade Finn from seeing his mum but he can see that he's wasting his time. Will Finn listen to his family?

Marlon is shocked by the amount of wine bottles for the recycling and suggests a dry January to a Laurel. Ross is suspicious when Cain offers him a job out of the blue. David convinces Lachlan to give football training another go. 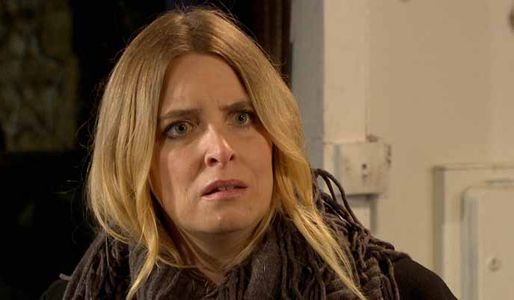