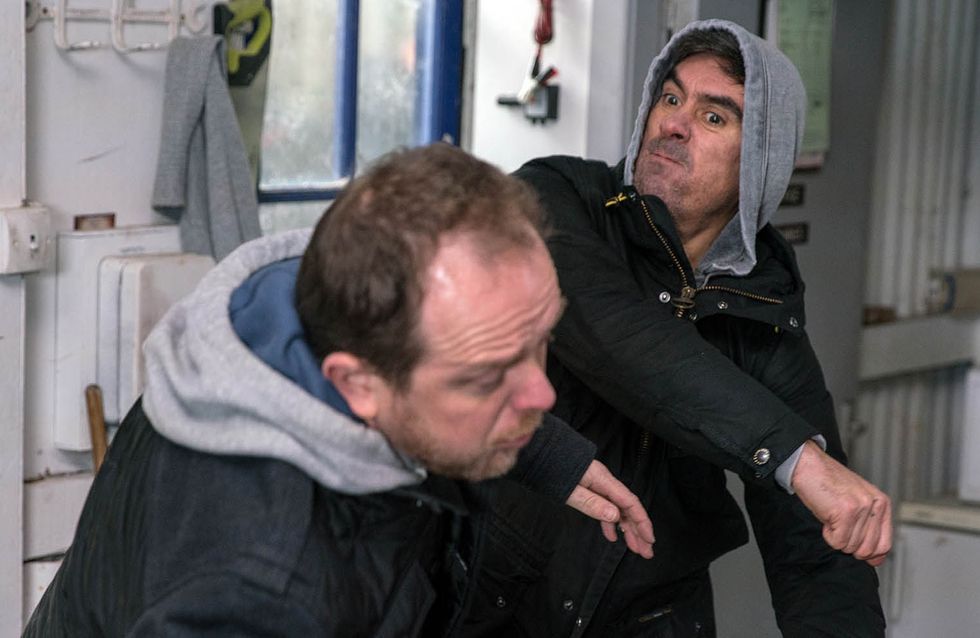 Kerry’s heartbroken when Cain bans her from seeing Kyle. Lisa urges Moira to speak to him about giving Kerry access whilst Dan also tries to speak up for Kerry. Dan asks Cain at the garage but Cain refuses and punches Dan unaware Kyle has witnessed it...

Cain tells Moira he wants her back, but what will she say and will he keep his hopes up?

Megan’s tense as she and Jai take Eliza to the physio and she slams into the back of the car in front. Jai can see she was distracted and Megan confesses how she feels.

Chrissie discovers Lachlan has been beaten up in prison and Rebecca comforts her, but Chrissie’s bad mood leaves Cain brooding.

Chas plans a surprise birthday party for Charity, but she’s suspicious of Aaron’s motives over his weekend away with Robert.​​​​