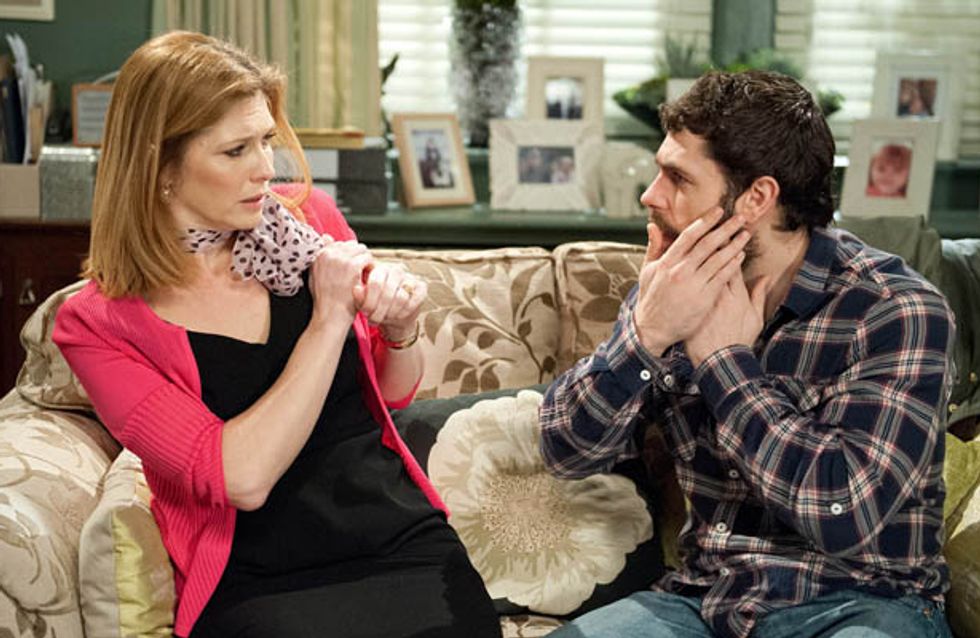 Andy sleeps on the sofa besides his wedding album. Later, a worried Debbie and Victoria confront him over his behaviour but Victoria accidentally spills beer over the album and Andy throws them out. Victoria's concerned to later hear Andy ordering whisky in the pub. Bernice sees the state Andy is in and invites him back to hers where he tries to kiss her but is pushed away. Drunken Andy persists resulting in Bernice slapping him. He leaves embarrassed and glowering whilst Bernice is left feeling shaken. Andy is undeterred as he sets his sights on Tracy…

Laurel continues to feel useless as she keeps thinking about her hidden bottle of vodka. At the salon, Bernice tells Ashley about her make-up party business and he suggests Laurel could help out hosting the events. Could this lift Laurel’s low mood?

Leyla's concerned about Alicia and goes to tell David, leaving him worried. Alicia covers to David explaining it was nothing. Soon Alicia is flirty with him and he's concerned though eventually reciprocates…

Pearl gets in deeper with her gambling. Kerry finally throws Tracy out. At the hospital Finn and Darren continue to flirt, has he pulled? 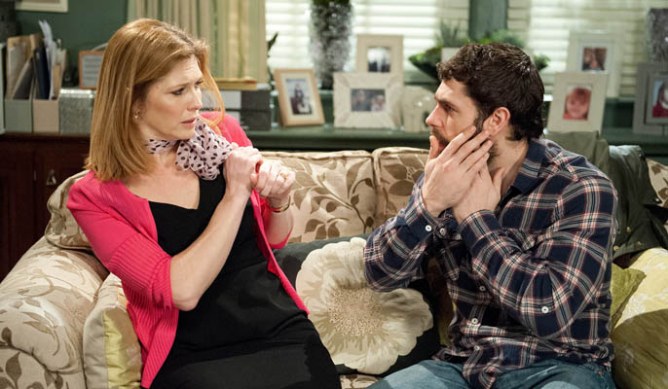