Adam's certain it's Declan who set him up but when Cain confronts Declan he realises he's not the culprit.

The police arrive to search the farm - they're looking for more evidence. When Moira is outside, Cain distracts the police and Adam runs away. When the police realises he's fled, it only heightens their suspicions and Cain is in trouble.

Elsewhere, Cameron leaves the envelope at the agreed spot before walking away. But he sticks around in hiding to find out who's been blackmailing him. Amelia's bunked off school and is terrified when Cameron catches her. He demands answers from Amelia and her brother.

Also, Joanie catches Amy outside her house. She lies that she's lost one of Jack's toys but when she makes Joanie an offer she becomes suspicious. 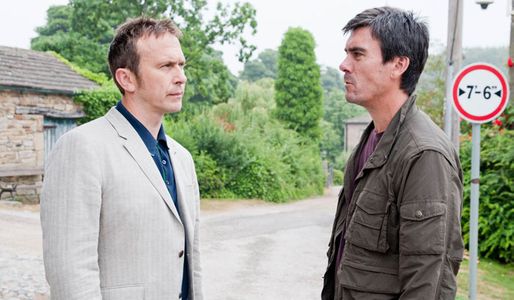 Emmerdale 20/06 - Katie finds out the extent of Declan's lies