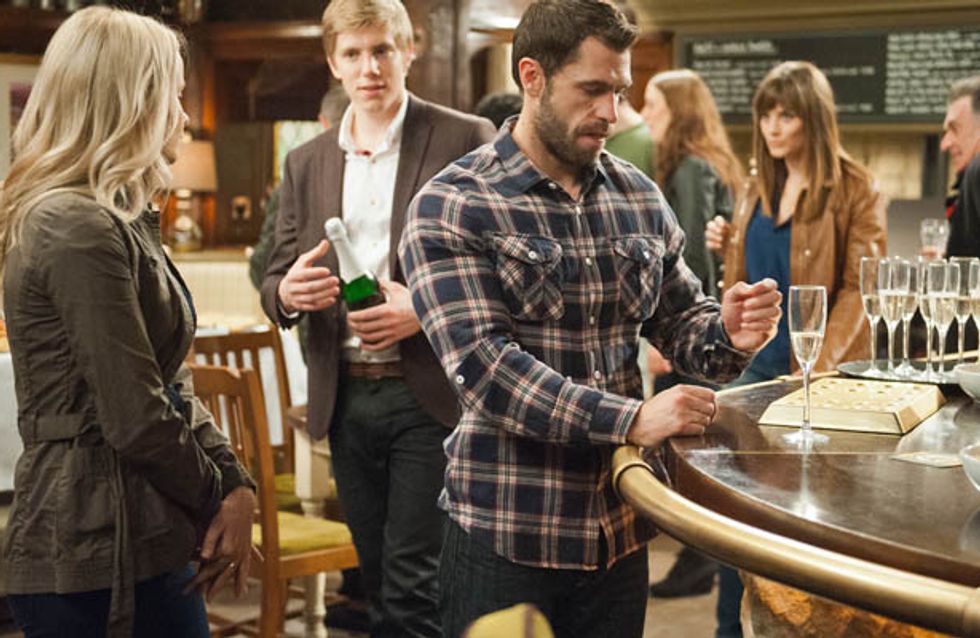 Laurel nurses a hangover and feels guilty as she hides her empty wine bottle from Marlon. He apologises for last night and promises to make it up to later. Laurel wonders if her day can get any worse, after messing up a factory order at work, PC Swirling then arrives with further bad news, she has being charged with drink driving. Will Laurel come clean to her husband?

Diane and Victoria make plans for Katie and Andy's engagement party. Lawrence and Robert continue to irritate each other and Lawrence suggests Chrissie get a pre-nup but she refuses. He reminds her how even Robert's own family don't trust him but Chrissie refuses. Meanwhile, Victoria tells Robert to stay away from the engagement party but Robert is intrigued when she lets it slip Andy is having ‘anger management’. Robert tells Chrissie their best option would be to get Lawrence on side and suggests attending the engagement party to start building bridges. At the party, Andy makes a speech as Robert and Chrissie arrive and Andy is forced to hide his feelings. Robert smiles to see a frustrated Andy leave his own party. Lawrence finds Andy brooding outside and suggests if they work together, maybe they can get Robert out of their lives for good. Will Andy agree to help Lawrence?

Amelia wants to get Ali and Ruby back together and gets Harriet onside to help her with a poem recital. But will Amelia’s heavy-handed hints work on her mum and her partner?

Marlon wishes Zak and Lisa luck with Belle's resettlement meeting. Although Zak is optimistic, Lisa is deeply worried about how Belle is going to cope.

When Andy turns down the offer, a very determined Lawrence knows he needs another plan if he’s to scupper his daughter’s relationship with Robert. Meanwhile, Katie warns off Robert when he suggests Andy could lose his temper with her. Later Andy and Katie discuss what has gone on. But later, Katie is thrown when Lawrence makes her an offer. She can have the farm if she colludes in exposing Robert. Katie is stunned and left reeling as she’s being asked to be the bait in a trap but will she agree?

Ruby feels guilty for upsetting Amelia and regrets returning to the village. Amelia apologises for lying and causing such upset but insists she must still love Ali. Ali asks Ruby to give her one last chance. Soon she sees Ruby getting into a taxi and promptly blocks it from leaving. Although Ruby is reluctant at first, Ali declares her love and kisses her. Ruby responds and leads her into the house. Ali is determined to fix things between them but will it prove easy?

Lisa's stressed ahead of Belle's return and Zak is worried about her. Chas offers her support. Laurel finally confides in Marlon. When Edna’s garden is trashed Harriet sets up a Community watch scheme confident she can catch the vandals. 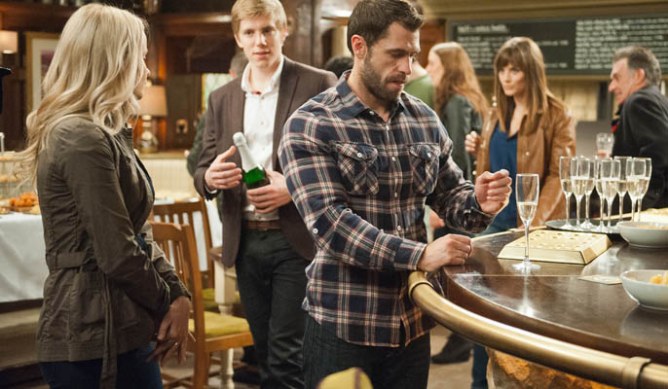