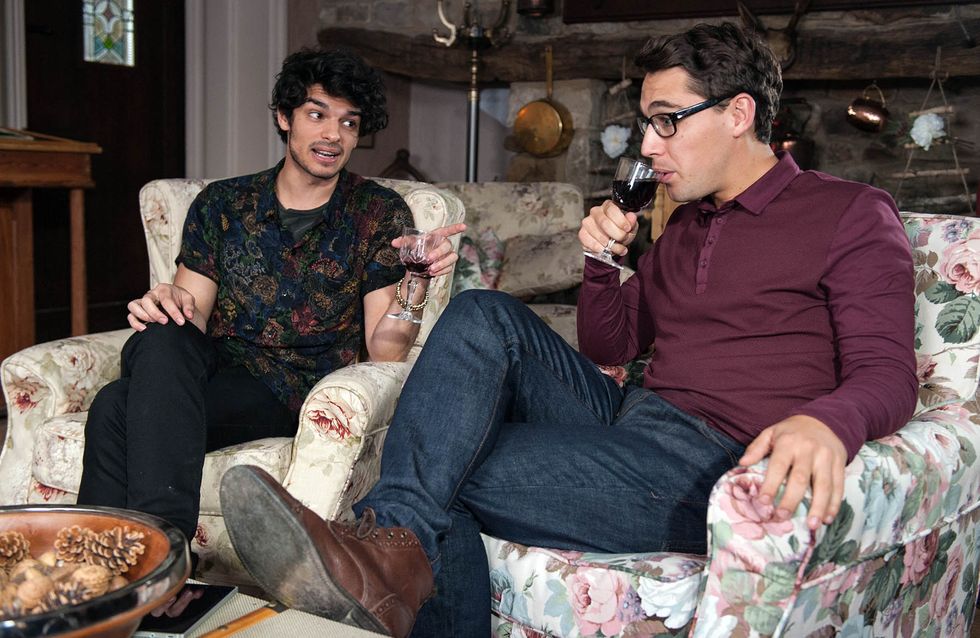 The timing of the impending departure changes when Jermaine Bailey learns his job starts earlier than expected. Belle insists she’s happy but Lisa is questioning. TheDingle’s continue to plot to stop Belle moving to America. And throw a surprise party for Belle,hoping to convince her to stay. Will the Dingle plan work?

Tracy’s moved to learn Kasim is in the village looking for the man who saved his life. Later Kasim and Finn finally meet, properly. And soon the awake Kasim seems even better than his fantasy.

Laurel receives a call to say Gabby’s skipping school but later learns where Gabby has been whilst absconding. Vanessa suggests Rhona should tell Pierce she’s missing being intimate with him. Rhona plans a trip away with Pierce and shops for some surprises. 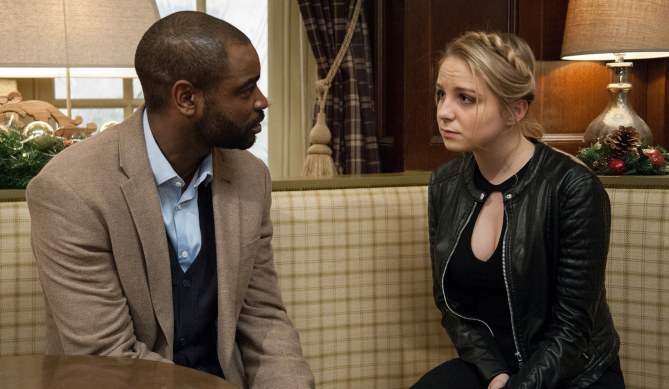