Chrissie's furious to think Andy has stood her up but Bernice is worried as it is out of character. Soon Moira’s shocked to find Andy battered and slumped in the road and calls an ambulance. When Lawrence sees Chrissie cradling an injured Andy will the penny drop he has got it wrong? Does Andy realise what has happened and how will Chrissie and Bernice react should they find out what Lawrence has caused?

Lachlan pushes Gabby's into the lie about the gig permission and Jacob's unimpressed to have witnessed it. Will Gabby have second thoughts over her actions?

Victoria's incredulous to learn Robert and Aaron have gone for a drink together but Aaron's feeling side-lined as a jealous Robert only talks about Andy and Chrissie. Meanwhile, Chrissie becomes convinced Robert was behind Andy's attack.

Zak's unhappy to learn Joanie will be working in the office with Rishi. Kerry tries to reassure him but he ends up feeling even more insecure. 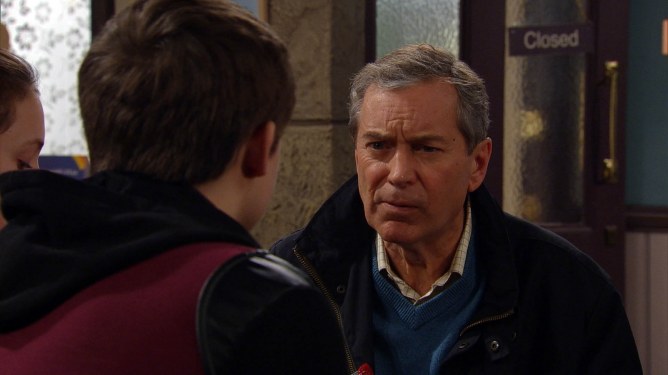