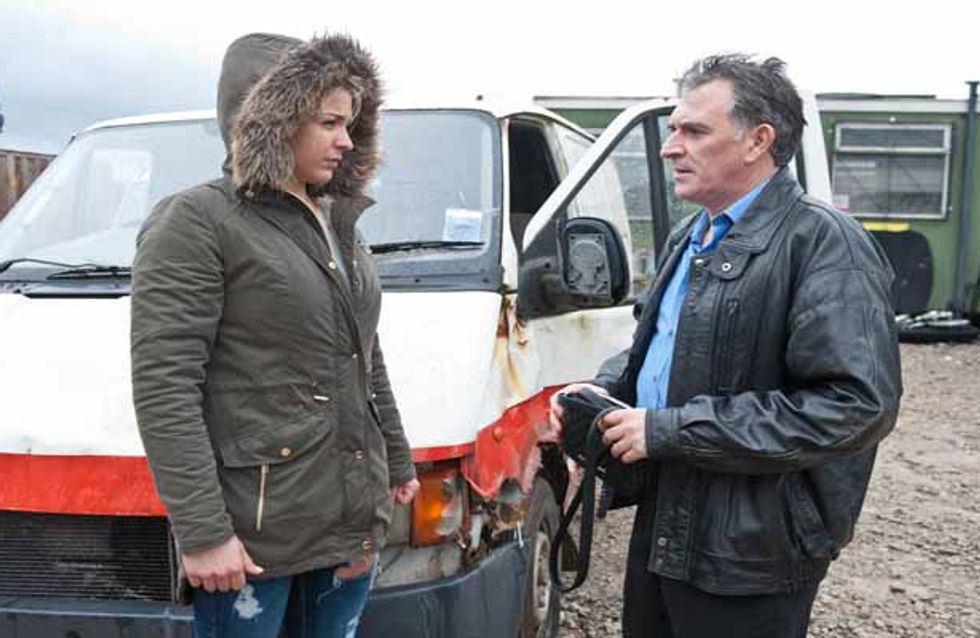 Laurel feels the pressure, as she can’t remember what happened last night and squirms when Marlon asks if she is an alcoholic. Ashley wants to help Laurel, but is unsure what to do. Meanwhile, Diane reassures Doug as he worries how much worse it could get. Laurel wants a few days away but Marlon is struggling to handle things. Has Laurel gone too far for him to cope? Rhona’s unsure about the idea of a trip away, reflecting on her own experiences.

Chas is convinced Robert and Aaron are seeing each other again and joins him on a run to get to the bottom of it, determined to find out what he’s been up to. Fed up with her interference Aaron runs off saying he is staying at Adam’s. Alone and exhausted in a remote area, Aaron stumbles and falls smashing his mobile. He lies stuck, in agony, but manages despite the pain to free his trapped ankle. But matters get more critical when unstable Aaron suddenly tumbles down a steep embankment and lands hard, totally unconscious, with nobody around to see what has happened.

James is thrown to learn Emma has received the divorce papers but has not signed them. And is put out Chas isn’t taking an interest in his divorce and perturbed to see her later confiding in Paddy.

Carly wants more money from Bob and plans to leave the village. Pearl tries to make amends with Paddy and Rhona. Chrissie is pleased to be home. Lawrence talks to a frustrated Chrissie about Lachlan’s father. 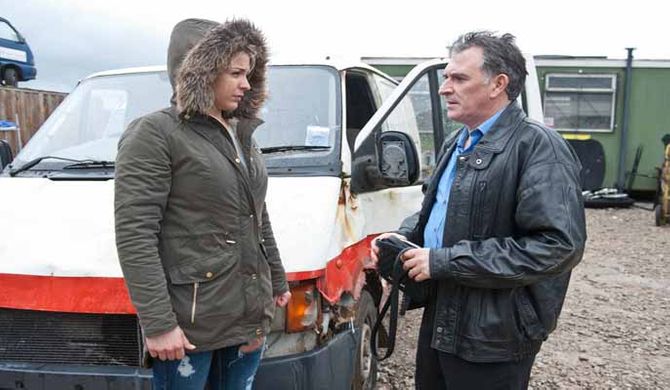