Katie has not yet told Andy about Lawrence’s offer and thrown when Lawrence asks her if she’s made up her mind yet. Katie knows she has to tell Andy. But how will he take it and could Lawrence start to regret ever involving the pair?

Ali feels awkward around Ruby, worried that she might be changing her mind. Later a troubled Ruby confides in Brenda, thinking her and Ali's relationship may be broken for good. Brenda makes an observation and soon Ruby is offering Ali her engagement ring, Ali’s thrilled things are back on track.

Belle's released and welcomed by everyone. Zak and Lisa are encouraged she seems to be handling things well. Aaron, however, is troubled to see how much she's changed. But Lisa soon makes a discovery on Belle’s laptop, which worries her. Meanwhile Harriet’s first COPS meeting is staged and she suggests going undercover. Kerry is thrilled at the idea. 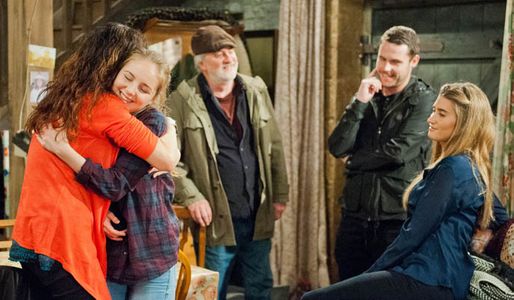