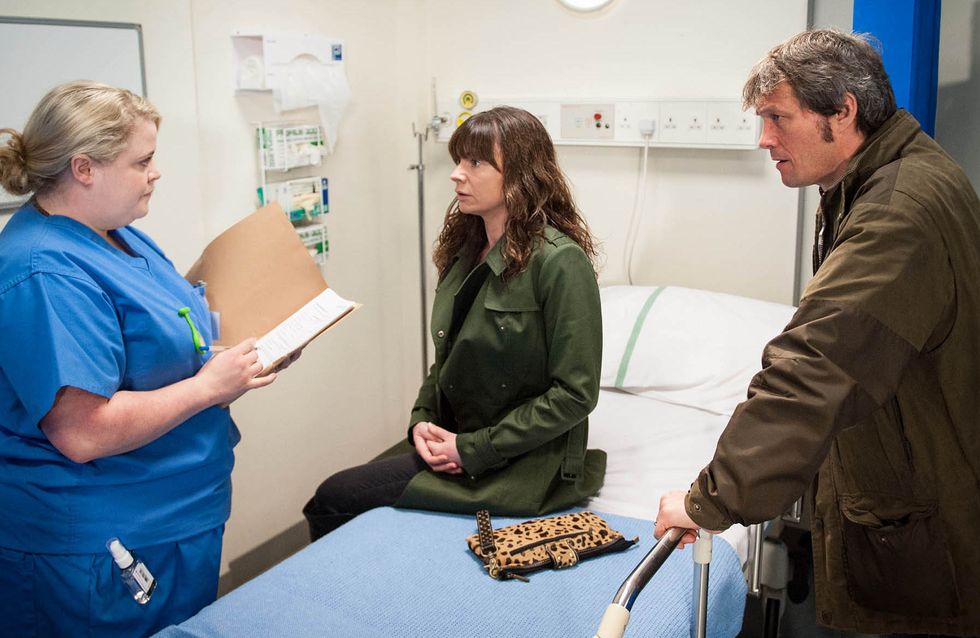 Driving along a country lane, James is in high spirits practicing his plan of action. Suddenly he accidentally knocks down Chas, who had stepped out in front of him, and offers to take her to hospital. But later in the hospital, a nurse asks if Chas could be pregnant and James is taken aback when she expresses that she thinks she could be. Later, back home Chas explains to James if she is pregnant, it means it is Gordon’s child. He invites her inside to take the pregnancy test. They await the results.

James tells Emma he wants to meet her in the pub later. She smiles, guessing what is going on. Finn spots James going into Dale View with Chas. Meanwhile, Emma waits in the Woolpack but is disappointed to receive a text from James cancelling their date. Later, Finn tries to get in touch with James but James cancels his calls. At last, Finn slips up, telling Emma he saw Chas and James together atDale View. Meanwhile at the house, James hides Chas’ mascara in the bin. Emma returns home and promptly finds it, along with the pregnancy test. Her heart breaks and it’s clearChas has a new problem on her slate..

David tells Tracy the timing is wrong to be together and she’s heartbroken. Later Lachlan winds Jacob up and they fight and Tracy intervenes comforting Jacob who is clearly emotional about David. She fills him in about the hair loss and says he needs to make David feel better by being normal. Later, David is touched when he walks in to find Jacob has shaved his head. David then decides to shave his too. He pulls Jacob and Leyla in for a picture. Tracy sees them from outside and though happy for them, is clearly sad she isn’t included.​​ 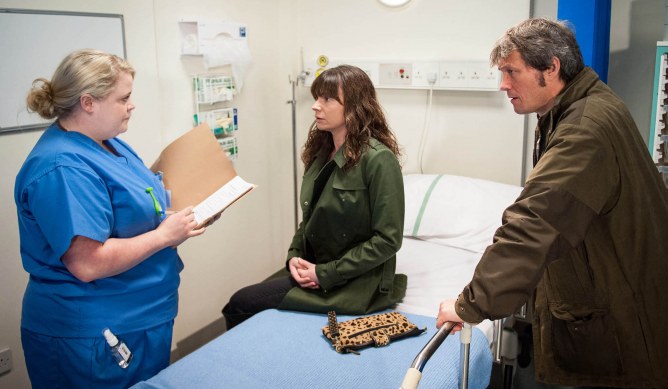