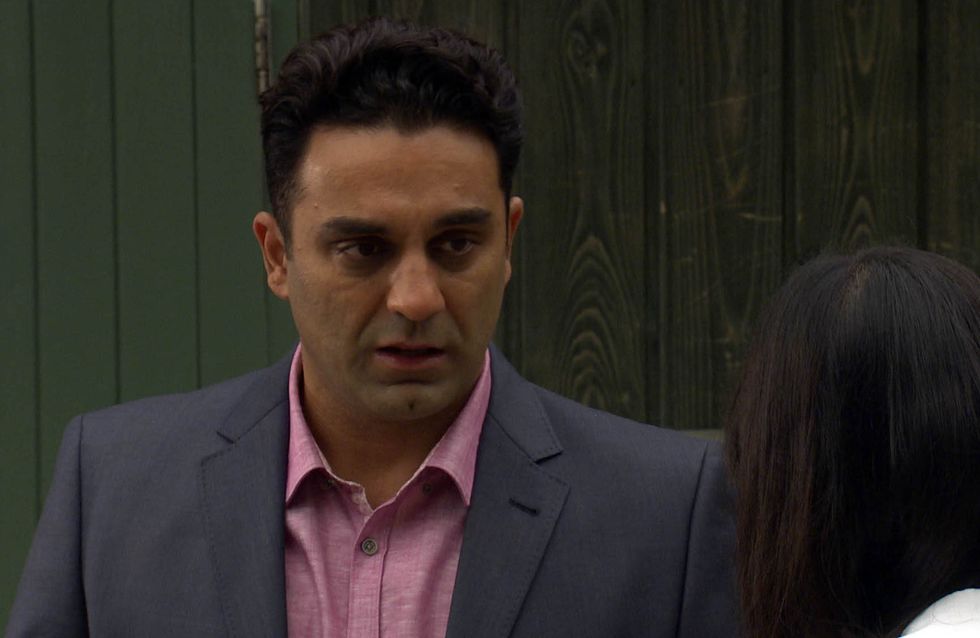 It’s Priya’s birthday but when the venue cancels they have to find somewhere else and end up using the factory. But Priya is suspicious something is going on. Soon after Priya confides her suspicions to David she storms off to meet Rakesh at the factory. When she arrives, she confronts him about the fire, but is horror-struck when Rakesh reveals her surprise party waiting inside… Rakesh gives her the expensive necklace. But his fears are realised when Neville shows up and asks to speak to Rakesh alone.Outside the factory, he accuses Rakesh of making a fraudulent insurance claim.

Bailey’s had a sleepless night but is boosted by thoughts of his and Belle’s baby. Belle is under pressure with her big lie. Lisa urges Belle to tell her mental health team about the pregnancy. Belle flirts with Bailey, wanting to get pregnant ASAP, but is thwarted by Lisa, who announces she’s taking her to the doctor’s. How will Belle lie to them?

Victoria tells Marlon she wants her old job back, they’re both aware of her real reason for ditching the van. Adam is annoyed but realises he feels guilty. Tracy is down over the David situation.

Guilty, Holly consoles Victoria and warns her not to let the assault ruin her life. When alone, Holly takes out a wrap of heroin. She goes to a Narcotics Anonymous meeting and is horrified to come face to face with Jai. He’s shocked when Holly admits she’s not clean and tries to convince her to throw the drugs away. Meanwhile, the police come to talk to Victoria over the assault. Later at home Holly and Moira bond and have a night in together. Later,Holly’s alarmed to learn the police have caught Victoria’s attacker and want her to identify him...

At the party Priya grabs the mic to apologise, only to notice Rakesh isn’t there. Outside, Rakesh threatens to sue, but Neville points out this would cause a police investigation. Returning to the party, Rakesh lies to Priya, telling her the insurance company will pay out. But how will Rakesh get out of this? Rakesh is utterly broken.

Vanessa and Carly organise a night in Hotten to help Tracy get over David.Meanwhile, David admits to Leyla he likes Tracy and she encourages to do something about it. But later David is upset to see Tracy snogging another bloke.. Belle flirts withBailey, determined to get pregnant for real. Jai covers about being at the NA meeting lying to Megan it was business. He’s overjoyed when Megan asks if he wants to have Eliza for a night.​​​​​ 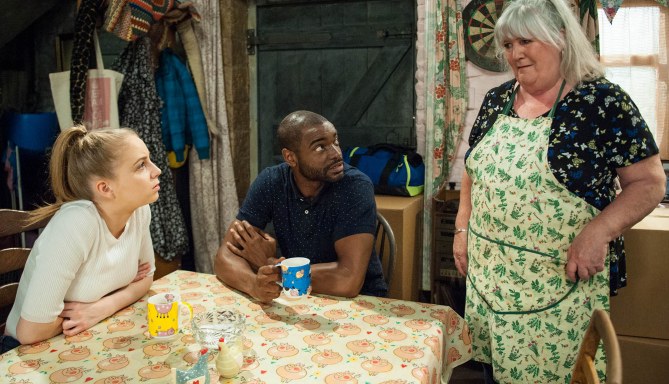