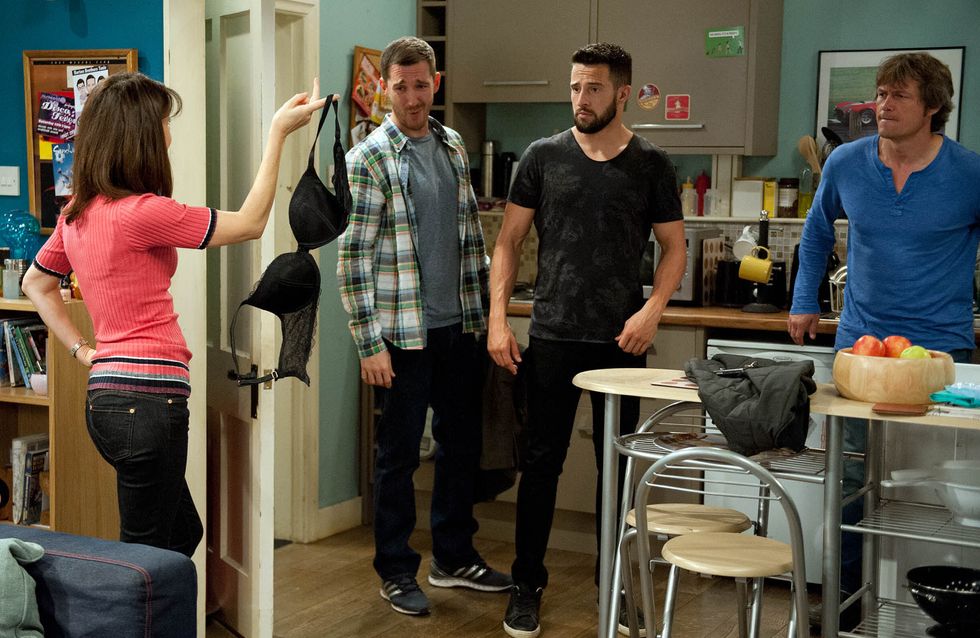 Pete’s annoyed Ross has won their bet.Emma berates Ross unwittingly making James feel guilty about his fumble with Moira. Moira asks James to forget what happened but is horrified to realise she’s left her bra in the back of the cab. Pete finds it and Emma thinks it’s from Ross’ hook up. Soon Ross tells Emma it was James who was in the cab, not him, and James is terrified all is about to be revealed.

Kerry returns from her night out,ashamed and is soon dismayed to hear she was part of a bet. Pete realises it was Kerry whoRoss slept with, and makes him feel awkward in front of Dan. At work, Kerry’s guilt bubbles over and she tells Bernice her secret. Bernice warns her the truth has a habit of coming out.Later, Kerry’s asks Dan to give them another chance. He’s relieved and Kerry’s determined to keep her secret.

Priya asks Rakesh what’s wrong as he didn’t come to bed last night. He tries to cover.Later, Priya worries to Leyla he’s seeing someone else. Joanie becomes concerned Lisa might lose her job due to her absences. Jimmy gives Nicola the cold shoulder and an idea forms as she looks at his shed magazine.​​ 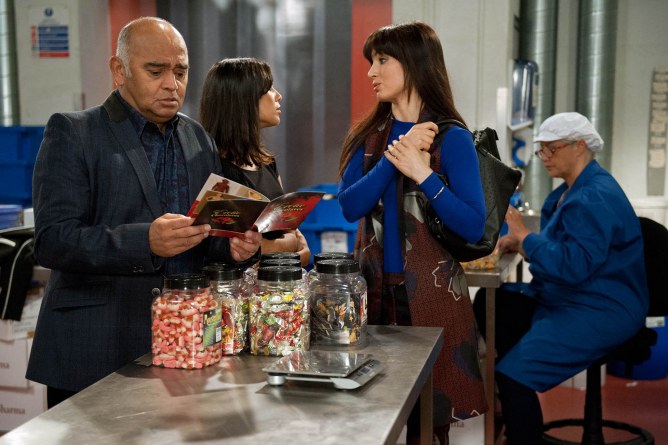