Priya’s eating disorder drives David crazy. He worries desperately for the safety of his child, and confides in Alicia. Priya overhears them and is convinced to get help. However, the doctor tells Priya it might take a while to be referred to a specialist and she storms off, leaving David and Alicia worrying that she may do something stupid.

Victoria tells Ross not to bother calling her when Adam sees the two of them together and puts two and two together. Diane is shocked to discover Ross is Victoria’s mystery man. Meanwhile, Ross interrupts Adam and Katie’s night in and she is thrown to hear about Ross and Victoria – will she spread the gossip?

Bernice gets her business loan and Kerry is determined to be hired for the salon. She tries to give Pearl a Dame Helen Mirren makeover to prove her worth.

Elsewhere, Marlon is shocked when Laurel calls him cruel for not letting April know she has a family, and he calls Donna. 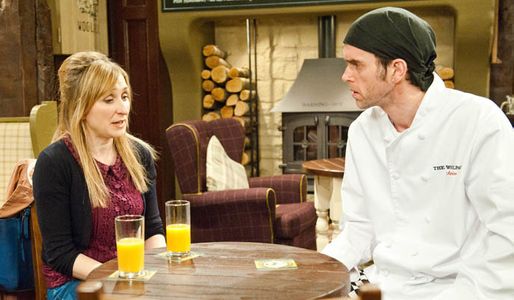