Emmerdale 08/05 – Donna is forced to move in with Paddy

Donna is shocked to discover all her invested savings have gone into liquidation, forcing her to take up Rhona’s offer to move in with her and Paddy. At work, Donna confides in PC Swirling about her money worries as he passes her some stolen jewellery to log. With her mind on April’s future, Donna quickly pockets some of that which hasn’t yet been logged. Is Donna really stealing from the police station?

Leyla changes tactics and milks her sadness in order to try and get her money back but is furious when Alicia suggests splitting it. Hearing all this, Jacob sets about trying to fix it himself. Leyla later sneaks into the shop with a blowtorch she borrowed from the garage, in order to open the safe but is shocked to find the money isn’t there and David and Alicia are equally dumbfounded.

Edna is in turmoil as she tells Harriet she’s going to ask Ruby and Ali for the money back but when she overhears a hopeful Ruby on the phone to the clinic feels guilty. Ali is angry when she learns Ruby has gone behind her back about the IUI without telling her.

Elsewhere, Debbie persists with digging into Pete’s past but will it be what she expects? Meanwhile, Moira feels guilty as James struggles to provide references in order to set up his own farm. Chas, Katie and Vanessa start to organise Moira’s surprise hen night.

Marlon is pleased to hear Donna is moving into Smithy. Later, Donna tries to flog the stolen jewellery to an old contact, Greg. Harriet clocks Donna with Greg and tells Marlon. Later, Laurel is annoyed Marlon had not discussed April’s trust but Marlon remains preoccupied over Donna. Donna searches out a place to hide the stolen goods but panics when a drunken Greg returns and finds her at home alone.

Alicia, David and Leyla realise it is Jacob behind the disappearing money and track him down to the riverbank. Jacob asserts he is sick of all their arguing and throws the notes into the water. He watches in disgust as Leyla desperately tries to save the cash, yelling to David to grab what he can. From the bank Alicia comes to a realisation and later, Alicia tells Leyla the money is all hers. But will Leyla accept it or have a change of heart?

Ali is relieved when Ruby makes the decision not to go through the stress of IUI again and Edna is pleased to hear they have changed their mind as to how to spend the money. James assures Chas they will stay together when he moves farms. DC Flanagan informs Debbie that Pete has a previous charge for assault; will it be a reason for Debbie to call time on their relationship? 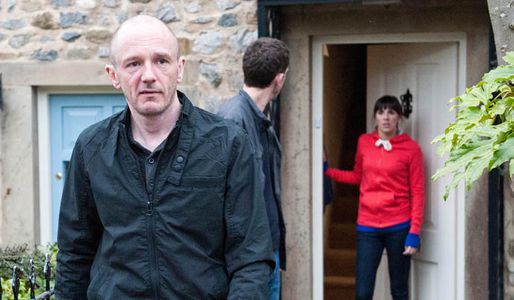