Amy tells Cain about Kyle's parents but is shocked when he barely reacts - especially as he just lost a baby with Moira. But Cain later tells Moira he sympathises with Amy, so he decides to apologise to her. Cain urges her to let Kyle go and Victoria tries to reassure her Kyle's fine. But Amy can't just forget and tells a friend she's going to the funeral.

Elsewhere, Marlon confides in Ashley, telling him about Laurel's actions the day before. But Ashley tells him he has to support Laurel. She then walks in and is annoyed to see Marlon's been talking to Ashley. But when Marlon leaves, Laurel starts to open up to Ashley. 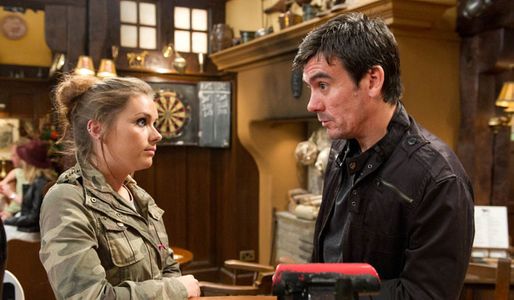