Nicole's feeling low after her job interview and heads back to Mulberry with Steve, who tells her things aren't going well with Bernice. When Jimmy calls, Nicola lies as to her whereabouts - it's not long before the wine is flowing and Steve leans in for a kiss.

Elsewhere, Cain returns from the station and Moira is furious, laying into him for letting Adam escape. She demands he speaks to Chas to find out if Adam's with Aaron, before ordering him to pack his bags.

Meanwhile, Cameron feels lucky that Adam ran away and made himself look guilty.

Also, Joanie believes Amy is a nanny so asks her to looks after Kyle while she goes to an appointment. A worried Victoria tells Zak the extent of Amy's lies, desperate for him to talk sense to her friend. 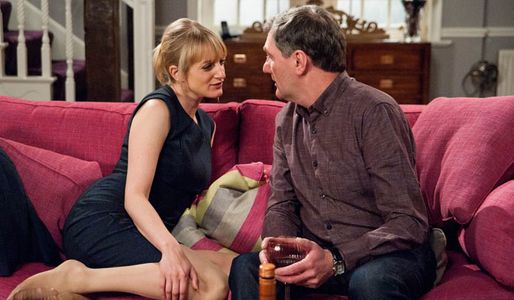