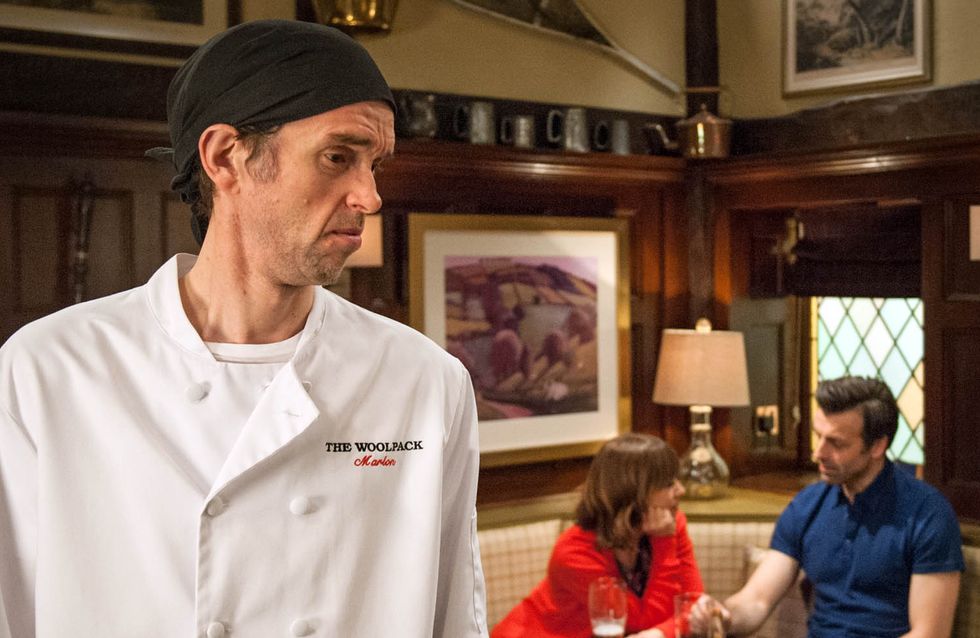 Belle confronts Bailey and asks why he took Angie to their restaurant but he promises they’ll be together soon and she believes him her heart soaring. Belle panics when it’s clear Lachlan has gone to Doctor Bailey’s house. She arrives to find Lachlan trashing it. Soon Lachlan finds and shows Belle a travel booking, for Bailey and wife Angie to go away for Christmas. Lachlan is determined for Belle to realise she’s being used but as they argue they hear a key in the door. Lachlan legs it but Belle has left her bag so is caught redhanded. How will Bailey and Angie react when they find Belle in their trashed up house?

Cain’s annoyed when Moira tells Holly she can do the drugs test later and she worries it will be positive. Fearful Holly takes little Kyle to the loo as Moira and Cain bicker. Moira insists to Cain this will be Holly’s last drugs test if she passes. How will conniving Holly get her way out of this one?

Laurel wakes to find Ashley and Arthur missing but the kids have launched a hostile takeover of the pirate ship. Marlon is annoyed to see Rhona and Pierce together. Pierce mentions helping Leo with a school project and it’s clear Marlon has had enough of his seeming perfection.​​