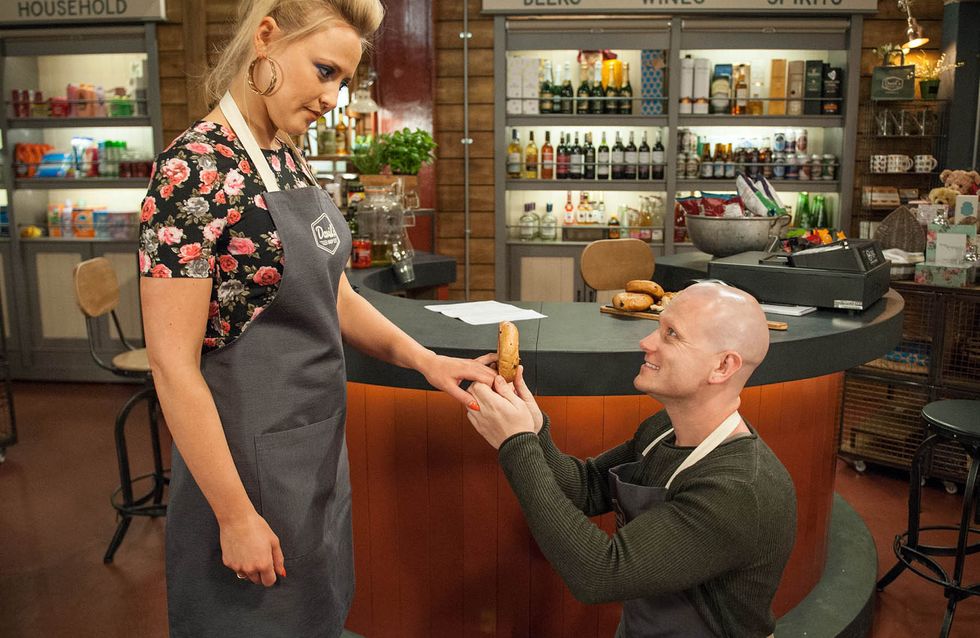 Zak is hungover and worries he’s made a fool of himself. Ellie torments Belle about being a bridesmaid andJoanie feels torn when Zak tells her he loves her. Joanie admits to Belle she’s nervous butBelle starts shaking and fixes her gaze on unnerved Joanie. Just what is Belle planning?Later, Kerry’s disturbed to learn from Belle that Joanie’s disappeared and Lisa’s shocked to find Joanie waiting for her in her wedding dress. Lisa’s floored by what Joanie says...

Lachlan’s nervous about Lawrence coming home and wants to get away to an adventure camp for the Summer. But soon Chrissie has other concerns when a guilty Lachlan visits Andy and nearly blows the truth.Chrissie needs her family united. Meanwhile, Andy calls Rakesh and tells him Lachlan knows something...

David gets his Decree Nisi and re-proposes to Tracy.Whilst Leyla reluctantly agrees to help plan the wedding. David encourages Tracy to think of her guest list, but she explains her Mum is in Ibiza and her Dad is in prison, so there isn’t anyone.

Rhona is shocked to learn Pierce has won lots of money from Rakesh at Poker and lets slip to Priya. Rakesh lies and drops to a new low in his behaviour when he persuades Rishi to take him on to do the finances for the factory and is soon given full control.​​​