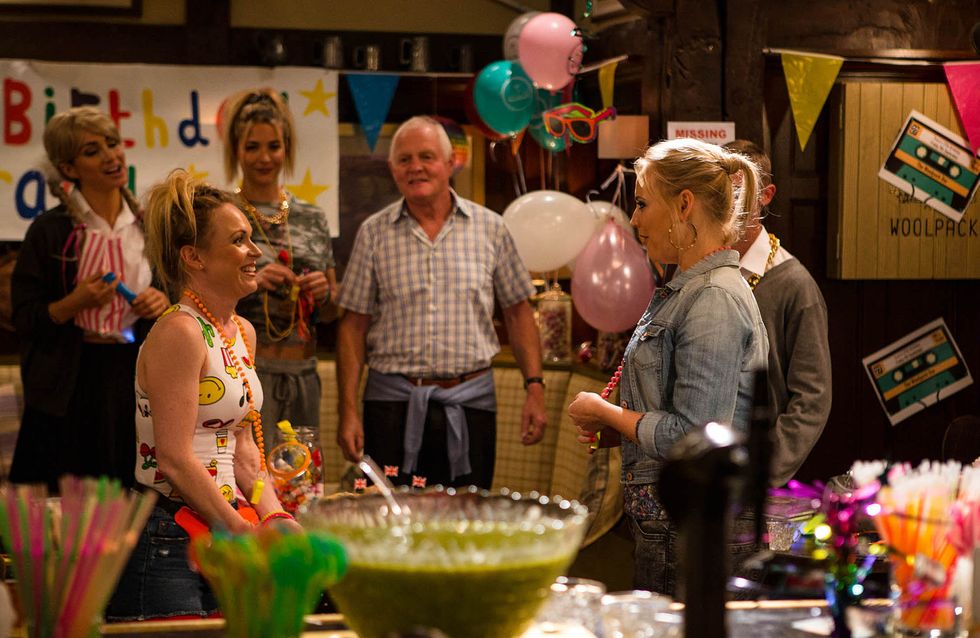 On the streets Belle becomes disoriented. At the Dingles’, Bailey urges Lisa not to give up hope. She insists she has to go back to work, and he sees her heart has shut down. Soon Belle collapses...

Tracy’s chuffed when David, Leyla, Jacob and Pollard surprise her for her birthday. Vanessa’s organised a surprise 90’s themed party and the sisters share their first hug and are getting on well for a split second until it all goes pear shaped. Vanessa picks Frank up from prison and tells him he can stay with her if he makes things up to Tracy. He agrees, but it’s clear he’s still all about Vanessa.

Rakesh senses things are still tense and makes an excuse to go. Later, Rakesh announces he’s going to take the ticket to Lahore and promises to be a better husband when he returns. James tells Moira he’s moving to Wylie’s when he and Emma get back. He asks her to forget yesterday and she agrees, but he’s clearly upset and struggles to hide his true feelings.​​ 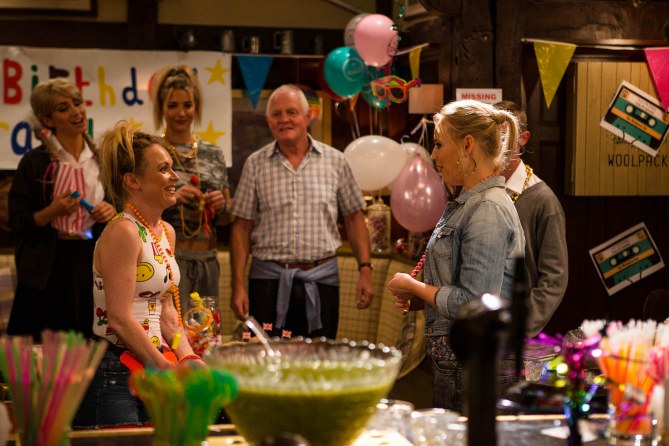